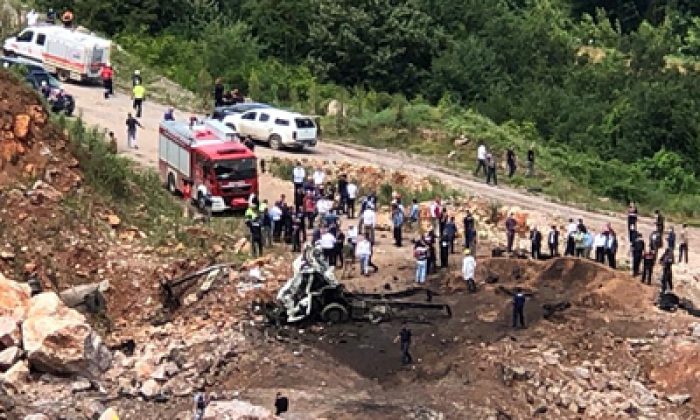 Three Turkish gendarmes were killed on Thursday when a truck exploded in the northwest of the country as it carried explosives collected from a fireworks factory that blew up last week, the Interior Ministry said, according to Reuters.

Last Friday a series of large explosions destroyed the fireworks factory in Sakarya province. Seven people died as a result of their injuries.

The latest casualties were from the gendarmerie forces carrying explosives from the factory to a stone quarry to be detonated in a controlled explosion, the ministry said.

It said the blast occurred as the explosives were being unloaded. Two of those killed were from a explosives disposal team, it added. Six other people were wounded.