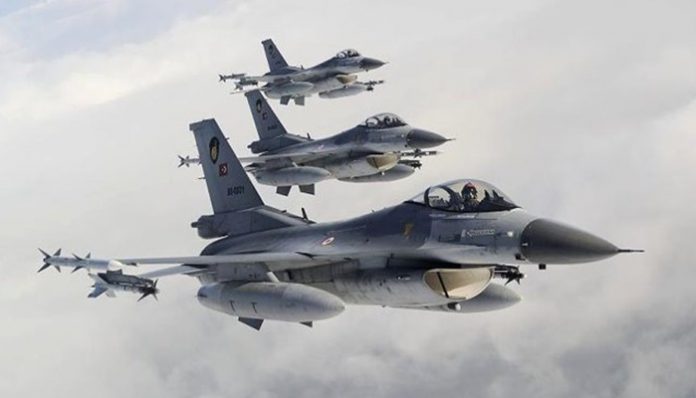 Turkey finds itself in the unenviable position of having almost nobody to fly its 245-strong fleet of F-16s after purging its air force of qualified pilots in the wake of a failed coup in 2016, according to a piece by Michael Peck in The National Interest published on Monday.

Citing the extremely high cost of training fighter pilots, Peck says that “… a nation that throws its fighter pilots in jail is not just wasting money, but also an extremely valuable resource. Yet in the name of politics, Turkey’s government has purged its air force so badly that it can barely fly its F-16 fighters.”

The government of Recep Tayyip Erdoğan took its revenge on the military after an abortive putsch on July 15, 2016, purging numerous senior officers from the service and firing more than 300 F-16 pilots. According to Peck, this “defanged the Turkish military as a political threat, and strengthened the increasingly authoritarian rule of Erdoğan and his neo-Ottoman Justice and Development Party” but opened up the question of who would be left to fly the country’s fighter jets.

Turkey has been looking overseas for help in making up the shortfall in qualified pilots, but Washington rejected a request to provide flight instructors, and US arms export rules could be violated by having Pakistan train Turkish pilots. “In a sign of desperation, ‘the Turkish government has issued a decree that threatens 330 former pilots with the revocation of their civil pilot license, unless they return to Air Force duty for four years’ …” Peck says, citing an Atlantic Council report, adding that a return to service could impact unit morale.

Due to the decimation of the pilot corps and thus its inability to protect itself against air attacks, Turkey then purchased an S-400 missile defense system from Russia, sparking criticism from NATO due to its lack of operability with alliance infrastructure and Washington because of a threat posed to the US’s F-35 Joint Strike Fighter by the Russian system. As a result, Turkey discovered that although the S-400s could be used to shoot down hostile aircraft, it offered no protection against ballistic missiles, leading to an agreement with the Franco-Italian Eurosam to develop a long-range anti-aircraft missile for the country.

All of which leads Peck to astutely observe: “Perhaps it would have been easier not to get rid of those F-16 pilots.”