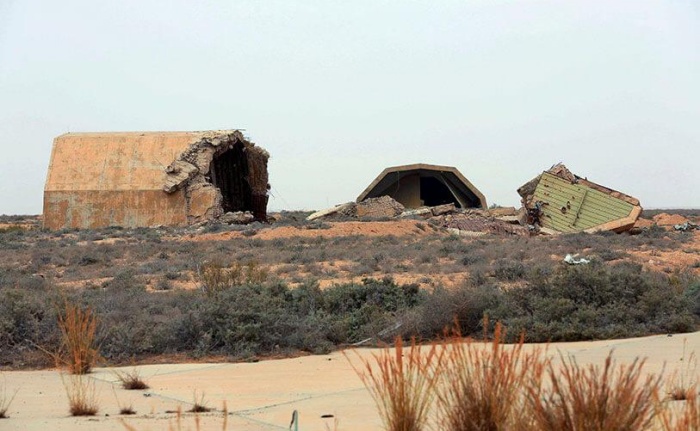 Warplanes struck overnight at an air base that was recently recaptured by Libya’s internationally recognized government from eastern forces with help from Turkey, a military source with the eastern forces and a resident nearby said, according to Reuters.

The strikes were carried out by “unknown aircraft,” the military source with the Libyan National Army (LNA) of eastern-based commander Khalifa Haftar said.

A resident at the nearby town of Zintan said explosions were heard from the direction of the base.

Some reports implied that United Arab Emirates, who supported Haftar forces, could be responsible for the attack.

Al-Watiya’s recapture in May by the Government of National Accord (GNA) in Tripoli marked the start of a sudden collapse of the LNA’s 14-month assault to seize the capital and its retreat along the coast to the new frontlines.

Turkish support was vital to the GNA in turning back the LNA offensive with advanced air defenses and drone strikes that targeted Khalifa’s supply lines and troop buildups.

A Turkish source said last month that Turkey was in talks with the GNA to establish two bases in Libya, one of them at Watiya, the most important air base in western Libya.

Turkey’s Defense Minister Hulusi Akar was in Tripoli for meetings with the GNA on Friday and Saturday and swore to do all that was necessary to help it, a Turkish Defense Ministry statement said.

Last month, the US said Russia had sent at least 14 MiG29 and Su-24 warplanes to an LNA base via Syria, where their Russian air force markings were removed.

The GNA and LNA are now mobilizing forces at the new frontlines between the cities of Misrata and Sirte.