US senator calls for sanctions on Turkey over east Mediterranean moves: report 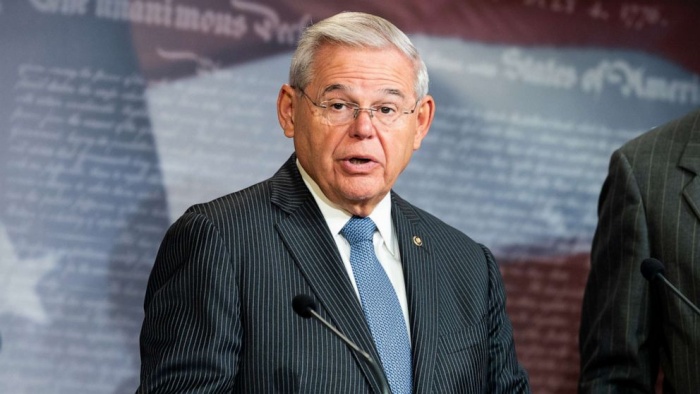 Senator Bob Menendez, a Democrat from New Jersey and one of the architects of the landmark Eastern Mediterranean Security and Energy Partnership Act, has called for sanctions to be imposed on Turkey over its “escalation in aggression in the eastern Mediterranean in a way that threatens US interests,” the Greek Kathimerini daily reported.

“US ties with Greece, Cyprus and Israel are vital for stability in the eastern Mediterranean. … However, in recent months [Turkish] President [Recep Tayyip] Erdogan has been threatening regional stability and US policy interests by increasing aggression against our Greek and Cypriot partners,” Menendez said in a letter to US Secretary of State Mike Pompeo on Monday.

Menendez also pointed to Turkey’s purchase of the S-400 missile defense system from Russia as part of its “pattern of destabilizing behavior” and said that “applying a different standard to Turkey based on the personal affinity that [US] President [Donald] Trump apparently feels for President Erdogan is no way to conduct foreign policy.”

“Since January, Turkey has become the latest country to violate the UN arms embargo on Libya and has leveraged military support for Libya’s Government of National Accord to push an ill-conceived maritime border agreement that ignores not only the legitimate claims of Greece and Cyprus, but also basic international law. Such actions run counter to efforts to promote stability in the region,” he added.

“Turkey’s repeated violations of Cypriot and Greek sovereignty highlight President Erdogan’s lack of commitment to the rule of law,” the senator stressed.

“It is my sincere hope that in the future we can count on a democratic, productive partner in our NATO ally Turkey. However, we must uphold our own laws in pursuit of our interests and stand with our allies in the face of aggression,” he added.