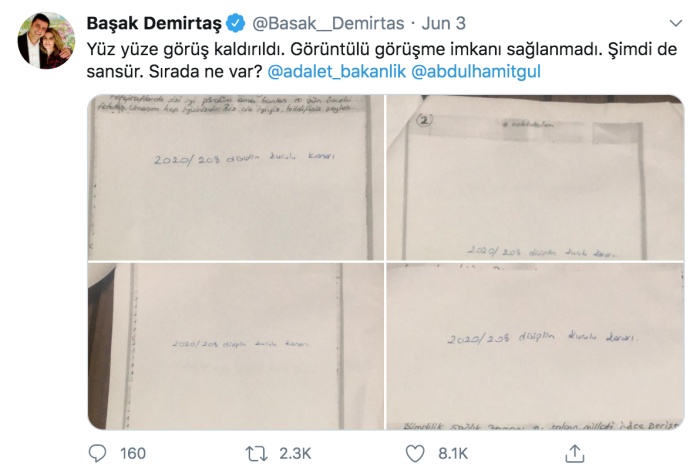 A letter sent by jailed Kurdish politician Selahattin Demirtaş to his family was censored by the prison management, according to his wife.

Due to the global coronavirus outbreak, the prison visits were canceled by the Turkish authorities.

According to pictures posted on Twitter, the Edirne prison’s disciplinary committee censored at least four pages of the letter, applying an opaque white substance to some lines.

Demirtaş, a former co-chairman of the Kurdish Peoples’ Democratic Party (HDP), has been in jail since November 2016 on terrorism charges.