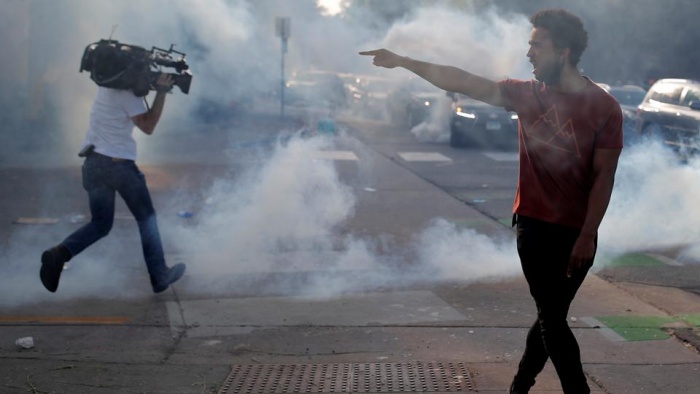 Two journalists from Turkish state broadcaster TRT World were injured by police during protests in the United States over the death of George Floyd, the Chinese Xinhua news agency reported, citing local media.

Sally Ayhan, a Washington, D.C.-based correspondent for TRT World, was injured in the chest and leg by plastic bullets while broadcasting live, the state-run Anadolu news agency said.

Another correspondent, Lionel Donovan, along with cameraman Barbaros Sayılgan, “came under attack” in Minneapolis, and Donovan was injured when a bullet targeted his groin, it added.

“Press freedom is the backbone of democracy. I will raise this issue with the relevant U.S. officials without delay,” tweeted Fahrettin Altun, Turkey’s presidential communications director.

Demonstrations and riots have spread to cities across the United States after a video went viral of George Floyd being suffocated to death by a white police officer in the midwestern US state of Minnesota a week ago.