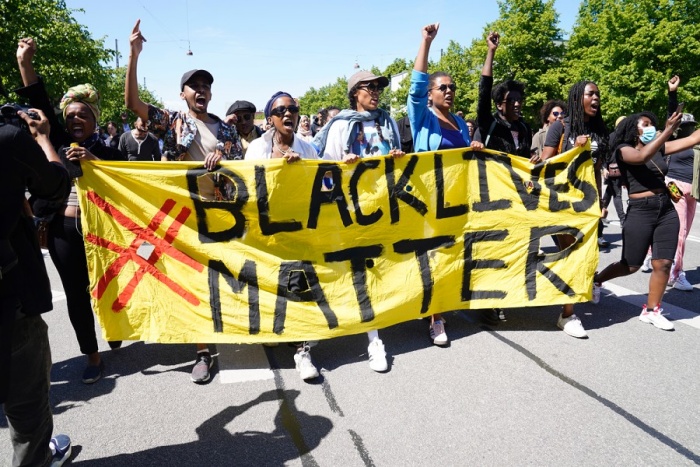 Pro-government social media trolls in Turkey have tweeted a fabricated image which falsely implies that Fethullah Gülen, a US-based Islamic cleric leading a faith-based movement that is banned in Turkey, was against ongoing demonstrations in the US protesting the killing of a black man in police custody last week.

“We are aware of fabricated images showing this account releasing untrue and false statements regarding the wrongful death of Mr. George Floyd. The posts have been reported to Twitter — please disregard. All official statements can be found on @FGulencomEN’s account,” Gülen’s official Twitter account posted on Monday.

George Floyd, an unarmed 46-year-old black man, died on Monday after a white police officer pinned Floyd to the ground with a knee to his neck for almost nine minutes.

Floyd can be heard on a bystander video repeatedly pleading with the officer, saying, “I can’t breathe.” He eventually becomes motionless with the officer’s knee still on his neck.

Massive protests have since erupted nationwide as demonstrators rally for justice for Floyd and all unarmed black people killed by police.

The Gülen movement is accused of orchestrating a 2016 coup attempt in Turkey, although it strongly denies any involvement.

President Recep Tayyip Erdoğan and his government since then has been in a diplomatic effort to label the movement and its followers as “terrorists.”