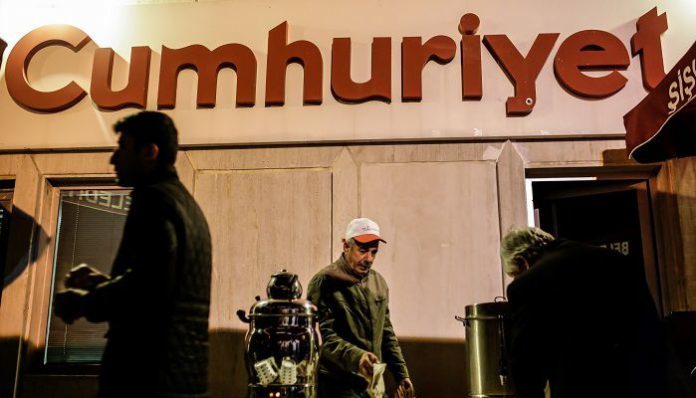 The report, published in mid-April, revealed that municipal workers in İstanbul had dismantled a series of improvements on a property on the Bosporus in İstanbul’s Kuzguncuk neighborhood leased by Fahrettin Altun, the presidential communications director, who is also responsible for BİK’s operations.

Altun had reportedly set up a fireplace, walkway and gazebo on the property, which were removed by the municipality upon complaints from neighbors.

The property was leased to Altun for 10 years by the Directorate General of Foundations.

According to BİK, Cumhuriyet’s report did not represent the truth and contained nothing of interest to the general public.

The paper’s lawyer will appeal the advertising ban, Cumhuriyet said on Friday.