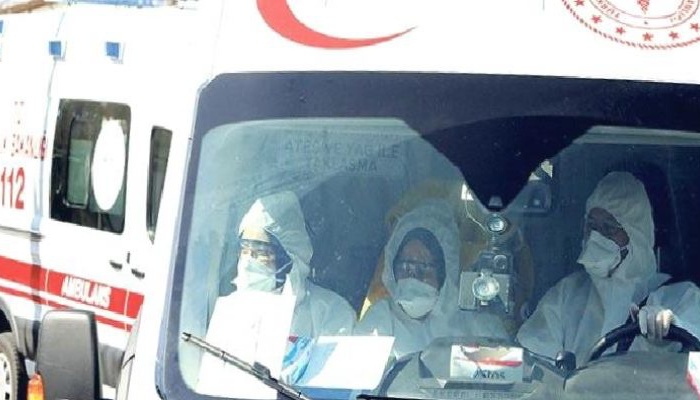 Instead of global coronavirus testing, Turkey has based its pandemic response on partial lockdowns and work by armies of contact tracers who identify people possibly infected by a COVID-19 patient and seek to stamp out the fire before it consumes a neighborhood, town or region.

Officials from both the Turkish government and the local World Health Organization say the tactic has paid off, according to The Associated Press.

Health Minister Fahrettin Koca says it’s brought the pandemic “under control,” with virus deaths and confirmed infections falling. The health ministry has recorded 151,615 confirmed cases — which places Turkey in the global top 10 for infections according to a tally by Johns Hopkins University — and 4,199 deaths.

“We brought the sickness’ spread under control by monitoring the source,” Koca said.

A tracer’s job is to find out who an infected person has come in close and unprotected contact with for more than 15 minutes. Once identified, these people are instructed to self-quarantine and are tracked by a mobile phone application. If they develop coronavirus symptoms, they are tested.

Turkey takes quarantines seriously — breaches can be punished by fines up to $162 and a maximum one-year prison term.

At least 6,239 tracers have reached 722,000 people who had contact with an infected person since March 10, Koca said. Some 1,200 of them work in İstanbul, a city of 15.5 million people that lies at the crossroads of Europe and Asia.

All the tracers are members of the country’s medical community, including doctors, nurses and dentists, and many have received additional training on proper sample collection.

The interim chief for WHO’s Turkish office, Irshad Ali Shaikh, said the country’s downward trajectory in reported confirmed cases “shows whatever interventions [were made] seem to have worked in favor, absolutely.”

Shaikh said the global goal is to test on average five close contacts of confirmed cases, and the government said in April that its tracers were reaching on average 4.5 contacts of an infected person.

“So if they are 4.5 out of 5, they are really very good in terms of global benchmarks,” he said.

Turkey has opted for a partial lockdown to keep its economy running, having workers still go to their jobs as much as possible but ordering stay-at-home lockdowns for people under 20 and over 65. Senior citizens, an age group that is most vulnerable to the coronavirus, on Sunday got to go outdoors for only the second time amid the lockdown. Other adults have had to follow two to four-day lockdowns imposed in 31 provinces.

President Recep Tayyip Erdoğan has announced a nationwide lockdown for four days during the upcoming Muslim holiday of Eid al-Fitr, voicing hopes that this will be the last stay-at-home restrictions.

But the independent Turkish Medical Association says it’s too soon to say if the pandemic’s spread has been curbed in Turkey. The group has called for widespread coronavirus testing, including of people who have yet to show symptoms but were identified through contact tracing.

Some 1.67 million people have been tested for the disease so far in Turkey.