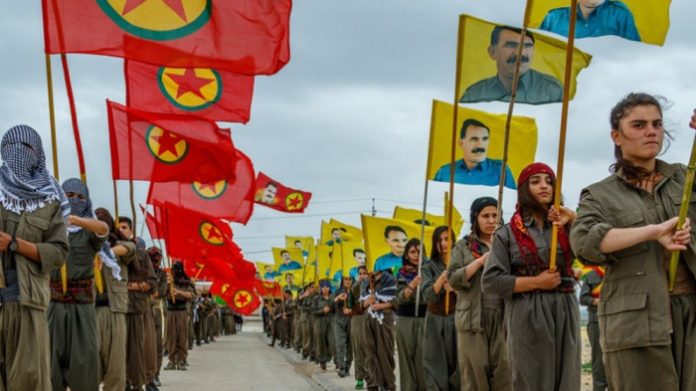 Relatives of a Kurdish man held for spying by the Kurdistan Workers’ Party (PKK) in Northern Iraq’s Duhok province have called for his release after an alleged video confession was published on Tuesday, according to the Rudaw news website.

The PKK, which captured Jutiyar Muhsin in Amêdî on Jan. 29, issued a statement on Monday accusing him of spying on behalf of Turkish intelligence.

According to the statement, the 29-year-old was detained for “espionage and passing on the coordinates of the guerrillas’ locations which led to the bombing of these places by Turkish fighter jets,” the PKK-affiliated Firat News Agency (ANF) reported.

Turkey regularly bombards mountainous areas of the Kurdistan region where the PKK is suspected of operating bases.

The PKK has fought a decades-long struggle against the Turkish state for greater political and cultural rights for Kurds in Turkey.

Speaking to Rudaw on Tuesday, Muhsin’s father Hussein denied his son was working for Turkish intelligence, claiming he lacked the necessary skills.

“There is no truth in the claims because we know that our son has been abducted. A spy must be skilled and have good speaking skills. They must speak multiple languages. He only speaks Kurdish,” Hussein said.

Muhsin was abducted in Amedi after being “seduced” by a young woman who led him to an isolated spot, Hussein claimed. The PKK did not provide details about the circumstances of Muhsin’s capture.

The PKK released a video via ANF on Tuesday purportedly showing Muhsin confess to involvement in a number of espionage missions. It is not clear under what circumstances Muhsin confessed to an offense for which he could be executed by the organization.

In the video, which is 23 minutes in length, Muhsin says he passed on information to an unnamed handler about the movements of suspected PKK vehicles near the oilfield where he worked.

He also claims to have placed GPS devices hidden in drinks cans and cigarette packets near PKK positions. The Turkish air force, which routinely uses sophisticated drone surveillance technology, then targeted these vehicles and positions, he said.