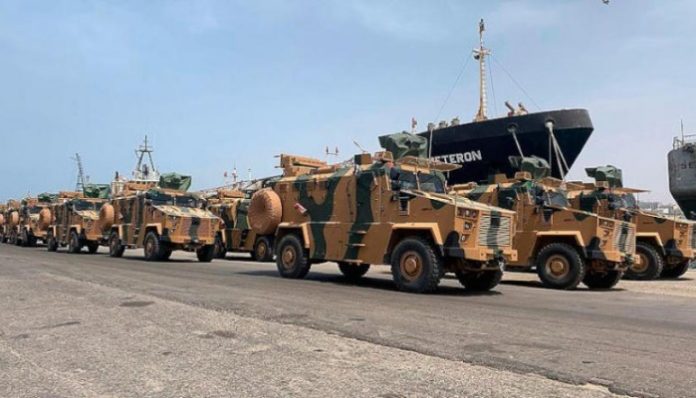 Recent arms purchases by Turkey from South Africa have cast a shadow over the United Nation’s call for a ceasefire in Syria and Libya during the COVID-19 pandemic, according to the Daily Maverick news website.

South Africa’s arms trade regulator has failed in its mandate to monitor the export of weapons to Turkey as it is suspected that the munitions were destined for use in Libya or Syria, the news website quoted Terry Crawford-Browne, the country coordinator in South Africa for World Beyond War, a global movement to end all wars, as saying.

“This makes a mockery of South Africa’s purported support of United Nations Secretary-General António Guterres’s appeal for a COVID-19 ceasefire.”

Turkish Ambassador Elif Ülgen earlier confirmed that the cargo transported out of South Africa by six Turkish military planes was ammunition bought from Rheinmetall Denel Munition (RDM) but said most of it would be used for military exercises at home, according to Daily Maverick.

Turkey has been involved in conflicts both in Syria and Libya. It launched four major military operations in Syria with allied Syrian Islamist militia, while Ankara backs the Government of National Accord against the eastern-based Libyan National Army, which has gained control of most of the east and south of the country over years of fighting and last year began an offensive to seize the capital city.