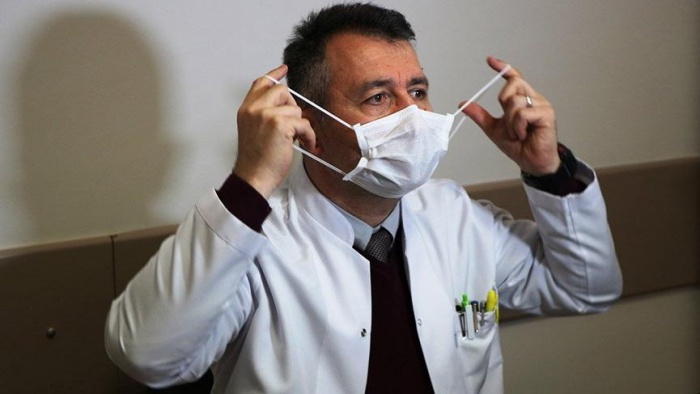 Turkey’s top medical association today accused the government of failing to protect health workers after 24 died from the coronavirus this month, AFP reported.

Close to 3,500 medical professionals have also been infected with the virus in Turkey, or about 3.6 percent of the country’s total cases.

The Turkish Medical Association (TTB), which represents 80 percent of the country’s physicians, blamed the deaths and infections on a lack of action from Ankara.

It accused the government of “not taking the necessary precautions on time and effectively” and “failing to provide personal protective equipment on time.”

At the beginning of April some 600 medical workers were confirmed to be infected, according to Turkish Health Minister Fahrettin Koca.

The number of infected health staff spiraled this month as cases mounted across the country, with many patients flooding Turkey’s hospitals.

Among the 24 health professionals who have died this month, 14 were doctors.

Physicians in Turkey have for years been the target of attacks, some from aggrieved members of the public angry over quality of care or complaints over access to medicine or services.

Turkey has so far officially recorded 95,591 infections and 2,259 deaths from the coronavirus outbreak.

Most cases have been reported in the country’s most populous city of Istanbul, and the TTB said the city was also where the majority of infected health workers were.

The government shut schools, universities and public spaces to halt the spread of the virus but has not imposed a total lockdown like many countries across Europe.

Instead, all-day weekend lockdowns have been rolled out in 31 cities across the country.

President Recep Tayyip Erdoğan said this week’s shut-in orders will start early tomorrow, which is a public holiday, and last until midnight Monday.