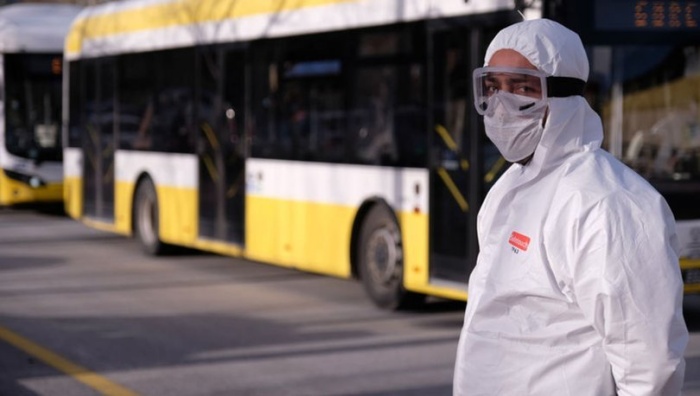 There is “relatively low confidence” a delayed delivery of 400,000 protective gowns will arrive from Turkey on Monday, a senior National Health Service (NHS) official has said, according to BBC.

The consignment had originally been expected to arrive from Turkey on Sunday.

Chris Hopson, chief executive of NHS Providers, told the BBC there was “no doubt” some hospital trusts already had shortages of the gowns, which protect those treating coronavirus patients.

A minister said he was “hopeful” the Turkish flight would leave on Monday.

Culture Secretary Oliver Dowden said the government was “working very hard” to resolve the issue but added there had been “challenges at the Turkish end.”

“I don’t want to start making more and more promises but I understand that flight will take off this afternoon and those [gowns] will be delivered,” he told BBC Breakfast.

Another 25 million gowns from China had also been procured and the UK would be “getting those shortly as well,” he added.

The prime minister’s spokesman said delivery of gowns in particular was “pressured at the moment” and there was a “global supply problem.”

He said the government was working to ensure the shipment is “delivered as soon as it is ready” but that it was not only reliant on Turkey and had “plenty more orders lined up and expected.”

Hopson, whose organization represents healthcare trusts across England, said if the delayed consignment from Turkey did arrive on Monday it would “probably arrive very late on in the day.”

“It just illustrates that we need to be careful about focusing on individual consignments,” he told BBC Radio 4’s Today program.

“Bitter experience over the last few weeks has shown until a consignment of gowns has actually landed — that the boxes have been checked and the equipment’s been tested — the NHS simply can’t count on the gowns being available at the front line.”

Hopson gave the example of an expected consignment of 200,000 gowns from China that actually only contained 20,000 gowns when it arrived last week.

He added that while the 400,000 gowns from Turkey would be welcome, NHS staff were getting through approximately 150,000 gowns a day.

“What we really need to get to is from the current rather hand-to-mouth approach to where sustainable supplies consistently and reliably arrive,” he said.