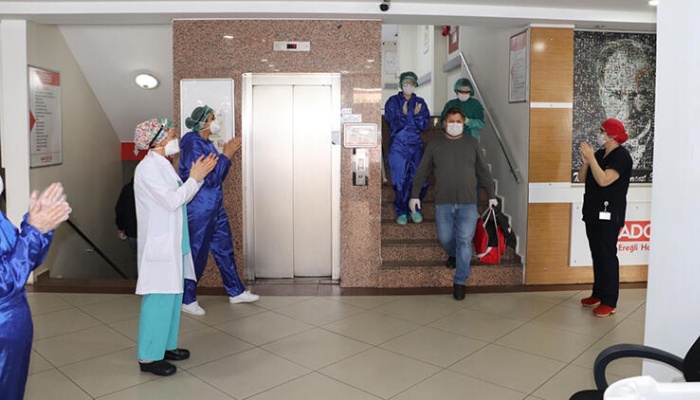 The governor of the Black Sea province of Zonguldak has put the blame on the healthcare workers for the high number of COVID-19 cases it is experiencing, accusing them of failing to protect themselves from becoming infected with the novel coronavirus, according to Turkish media reports on Saturday.

Zonguldak is the only non-metropolitan city where a weekend curfew is being imposed along with Turkey’s 30 metropolitan cities because of the high number of COVID-19 cases in these cities.

The province’s governor, Erdoğan Bektaş, who spoke to reporters on Saturday following the extension of a travel ban to and from 31 provinces as part of anti-COVID-19 measures for another 15 days, said the number of the COVID-19 cases in the province is 567, 137 of whom are healthcare workers.

“Our healthcare workers failed to protect themselves [from the virus]. … They protected themselves during the treatment of the patients but failed to do so in their interactions among themselves. … This is something that has exacerbated our situation,” said the governor, adding that healthcare workers have been a burden on the province with regard to its fight against the COVID-19.

He said the epidemic in Zonguldak might have been contained long ago if the healthcare workers had acted responsibly.

In the wake of the growing criticism, Bektaş later apologized for his remarks, saying that he never intended to upset healthcare workers.

According to Turkish Health Minister Fahrettin Koca, Turkey’s confirmed cases of coronavirus increased by 3,783 to reach 82,329 in the last 24 hours, and 121 more people have died, bringing the death toll to 1,890 as of Saturday.

The first COVID-19 case was officially reported in Turkey on March 11.