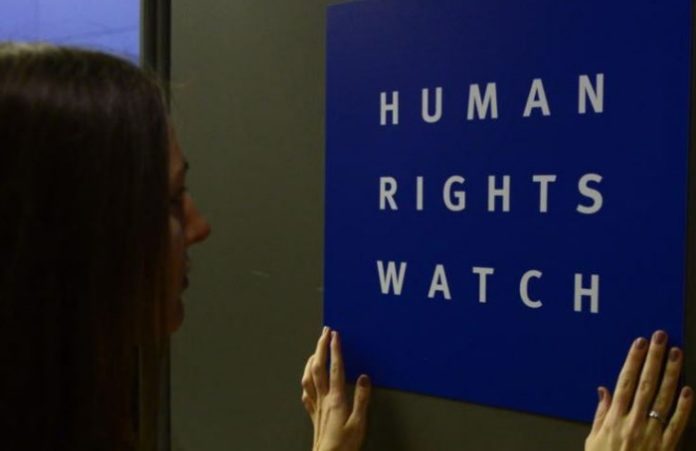 A human rights group on Thursday urged Turkish Cypriot authorities in the breakaway north of ethnically split Cyprus to release 175 Syrian migrants that it says have been kept under house arrest since their rescue from a capsized boat last month, The Associated Press reported.

Human Rights Watch (HRW) said the asylum seekers, among them 69 children, haven’t been tested for COVID-19, are confined to cramped apartments and are under constant surveillance even after a mandatory 14-day confinement period.

It said Turkish Cypriot authorities intend to return them to Turkey from where they departed, but the Turkish government refuses to take them because of coronavirus concerns.

The group said the migrants, most of whom fled Aleppo and Idlib, arrived on the island nation’s north after Greek Cypriot police from the internationally recognized south turned them away March 20 after offering them food and water. Police cited an entry ban on foreign nationals as a result of coronavirus restrictions.

“Measures such as requiring a period of isolation or quarantine may be permitted, but the pandemic cannot justify blanket bans on allowing boats to land, which risk the rights to life and health of those on board,” the group said.

Cyprus was divided in 1974 following a Turkish invasion triggered by a coup aimed at union with Greece. Cyprus joined the European Union in 2004, but EU law only applies in the south.

The Cyprus government says it has reached its limits on the number of asylum seekers and accuses Turkey of channeling migrants to the south from the north.