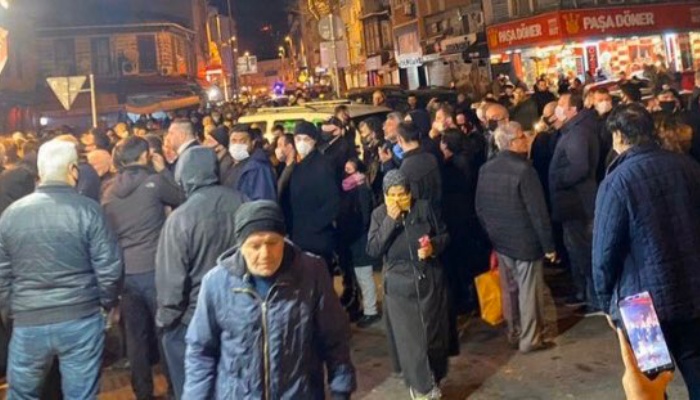 A last minute announcement of a 48-hour curfew in Turkey’s 31 largest cities caused panic buying, according to Turkish social media.

Several video clips from the streets showed people in long queues not observing social distancing in front of supermarkets and bakeries.

As many people on social media harshly criticized the government for the last-minute announcement, Interior Minister Süleyman Soylu told CNN Türk that people would return to their homes within a few hours.

Ekrem İmamoğlu, the mayor of Turkey’s largest city of İstanbul, posted a video message on Twitter, saying that he had not been notified of the decision beforehand.

Turkey on late Friday ordered people to stay at home for 48 hours across 31 cities as it rolled out strict new measures to contain the spread of the novel coronavirus, AFP reported.

The interior ministry said in a statement the order would last until midnight on Sunday in dozens of cities, including the economic hub of Istanbul and the capital, Ankara.

It said details would be published later.

Turkey has so far registered a total 47,029 cases of COVID-19, most of them in Istanbul, home to more than 15 million people.

Health Minister Fahrettin Koca told a news conference in Ankara that 4,747 new cases had been reported in the last 24 hours and 98 people had died, bringing the death toll in Turkey to 1,006.

More than 300,000 tests have been conducted in the 83-million-strong country, according to the latest data.

Turkey has among the fastest rising number of recorded cases worldwide.