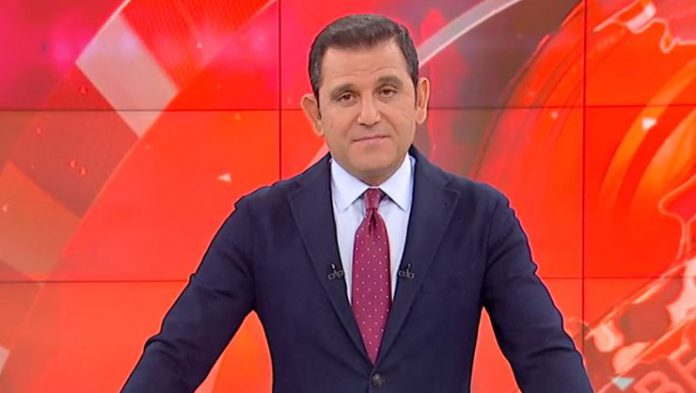 Turkish President Recep Tayyip Erdoğan has filed a criminal complaint with İstanbul prosecutors against Fox TV news anchor Fatih Portakal, due to a tweet about a speech he gave on Monday, Deutsche Welle Turkish service reported.

In the tweet Portakal speculated as to whether Erdoğan had hinted at a possible requisitioning of bank deposits by referring in his speech to a set of laws promulgated during the Turkish War of Independence that compelled people to give significant portions of their revenue and assets for the war effort (Tekalif-i Milliye Kanunları).

“I wonder if the funds in people’s deposit and savings accounts will be demanded under the pretext of ‘We are going through difficult days.’ Maybe they will promise to pay it back after the [the COVID-19 pandemic],” Portakal tweeted on Monday. “I cannot say that it will not happen, unfortunately.”

Ahmet Özel, a lawyer for Erdoğan, released a written statement announcing the legal action. He said they have sued for insult to the president and asked prosecutors to further examine Portakal’s remarks in light of Turkey’s banking regulations.

“The comments are completely false and aimed at manipulating public opinion,” Özel said, adding that Erdoğan only referred to the wartime laws with the purpose of reinvigorating the spirit of national solidarity.

He stressed that the aid campaign launched by Erdoğan is on a voluntary basis only and that requisitioning of personal funds is out of the question.

Meanwhile, Turkey’s Banking Regulation and Supervision Agency (BDDK) has also filed a complaint against Portakal for allegedly “targeting the banking and finance system through deliberate and false remarks.”

The agency’s statement referred to a provision of the banking laws entitled “The protection of reputation,” which stipulates prison sentences from one up to three years for those found to violate it.

The BDDK’s complaint included a request to block the tweet which the statement claimed was aimed at creating an impression that people’s deposits were not safe.

Turkey has prosecuted and imprisoned hundreds of journalists over their publications, broadcasts and social media posts, particularly after a failed coup in July 2016. The country was ranked 157th out of 180 countries in the 2019 World Press Freedom Index, published by Reporters Without Borders (RSF).

The country’s laws against insulting the president have led to far more trials during Erdoğan’s term compared to previous presidents, affecting not only journalists and prominent figures but people from almost all backgrounds.