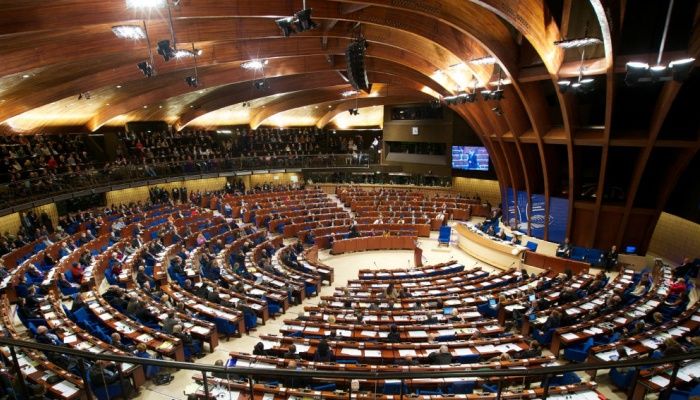 Thomas Hammarberg and John Howell, Parliamentary Assembly of the Council of Europe (PACE) co-rapporteurs for the monitoring of Turkey, on Friday urged Turkish authorities to ensure that any early or conditional release of prisoners amid the COVID-19 outbreak is non-discriminatory and does not exclude prisoners detained on political grounds, the Stockholm Center for Freedom reported.

The co-rapporteurs expressed concern at the Turkish government’s planned bill allowing the early release of prisoners which excludes politicians, journalists, academics, dismissed civil servants, civil society activists and many others imprisoned on “terrorism-related charges” for exercising their basic rights.

The co-rapporteurs emphasized that “such discrimination would not be acceptable from a human rights point of view and would expose these people to additional acute and harmful sanitary risks in overcrowded prisons – thus imposing a double sentence on them.

“In this unprecedented and highly challenging period, all authorities in Europe bear responsibility and will be held accountable for the measures taken to ensure the health and right to life of all their citizens. We express our support for the Turkish authorities in their fight against the COVID-19 pandemic and therefore urge them to take all urgent steps needed to prevent its dissemination without discrimination, including in prisons, ensure access to relevant and necessary information and facilitate all initiatives, including those launched by local authorities, to reinforce preventive measures and ensure the right to health of all citizens, especially the most vulnerable or exposed ones,” the co-rapporteurs said.

Seeking to reduce the population of overcrowded prisons in the country, the Turkish government has presented a bill to parliament allowing for the early release of inmates except those imprisoned on a number of charges including terrorism-related offenses. The move drew strong criticism from the international community and rights groups for excluding the political prisoners who have been charged or convicted under the country’s controversial and broadly interpreted counterterrorism law.