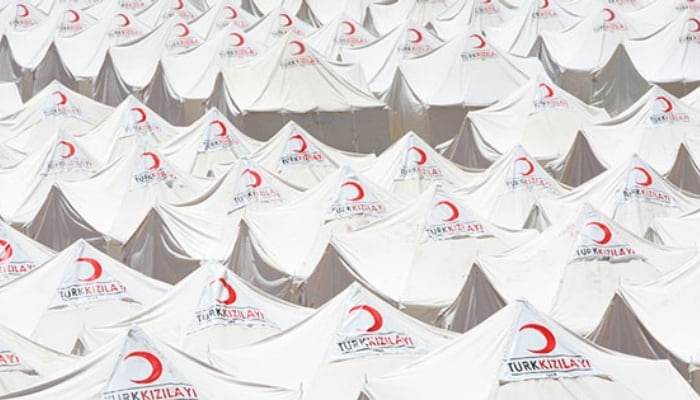 Kerem Kınık, president of the Turkish Red Crescent (Kızılay), has said Turkey is confronted with a possible shortage of medical equipment amid the COVID-19 epidemic, calling for a “national mobilization,” the Habertürk newspaper reported on Monday.

“We are foreign-dependent in the health sector. Currently all international flights have been halted,” Kınık told Habertürk in an interview. “If we run out of equipment domestically, we will have problems. We have to launch a national mobilization.”

Kınık said while his organization is not planning to produce critically needed ventilators itself, they are in talks with companies regarding supply.

“However, we have made investments for items in our field such as blood bags, personal protective masks and field hospitals,” he said.

He added that Kızılay was poised to start the manufacturing of masks by the end of April in a production facility originally constructed during World War II against possible chemical attacks. He said they are currently trying to solve problems regarding the transportation to Turkey of a high capacity machine to be used in the production.

“In the meantime, we are getting supplies from a large manufacturer in China.” Kınık also announced that they are working on a project to treat COVID-19 patients through transfusion of antibodies to be extracted from the blood of those who recovered from the novel coronavirus.