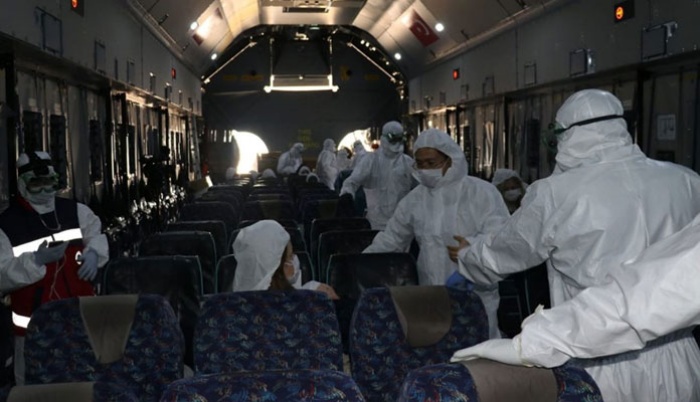 The Turkish government has rejected samples of Chinese-made coronavirus rapid testing kits after finding that they gave inaccurate results, a Turkish official confirmed to Middle East Eye on Friday.

“We have received some samples from the company,” the official said. “We didn’t find them viable and ordered some other testing kit models from a separate Chinese company.”

The official did not say how many kits were concerned while noting that they hadn’t yet been used with the wider public.

The news comes as Spain revealed on Thursday that it had withdrawn 9,000 Chinese-made kits after realizing that they had only 30 percent accuracy. A Czech media outlet also reported that up to 80 percent of the 150,000 portable quick tests that China delivered to the republic earlier this month were faulty.

Spanish officials told the media that the testing kits were also manufactured by the same company that had supplied the Turkish government.

“I cannot confirm whether the ones we received are the same as the ones in Spain,” the Turkish official added.

Turkish Health Minister Fahrettin Koca confirmed later on Friday that Turkey had tried some rapid antigen tests from China but that authorities “weren’t happy about them.”

“We didn’t release them for public use,” he said in a televised presser.

Koca also said that Turkey had received from China different and viable testing kits that are based on antibodies. “We have 350,000 of them now,” he said.

A member of the Turkish health ministry’s special science board on coronavirus said the batch of testing kits were only 30 to 35 percent accurate.

“We have tried them. They don’t work. Spain has made a huge mistake by using them,” Professor Ateş Kara said on CNN Türk.

Kara said Turkey was among only three countries able to produce their own real-time polymerase chain reaction (PCR) tests that can give results in six hours.