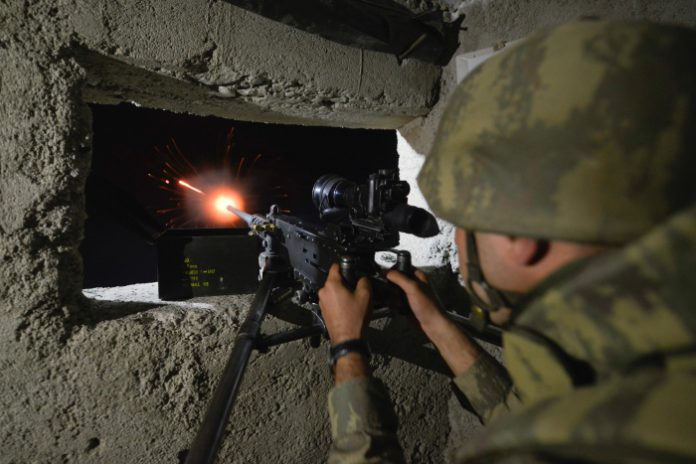 Two Turkish soldiers were killed and two others wounded in a mortar attack launched by Kurdish fighters in northern Iraq, the Turkish Defense Ministry said, according to Al Jazeera.

In a statement late on Wednesday the ministry said Kurdistan Workers’ Party (PKK) fighters mounted a “harassment attack” on Turkish troops. It said “targets identified in the region” were struck and destroyed immediately in retaliation.

Turkish authorities often use the word “neutralized” to imply the terrorists in question surrendered or were captured or killed.

The PKK is designated as a terrorist organization by Turkey, the United States and the European Union. Some 40,000 people have been killed in the fight between Turkish forces and the PKK.