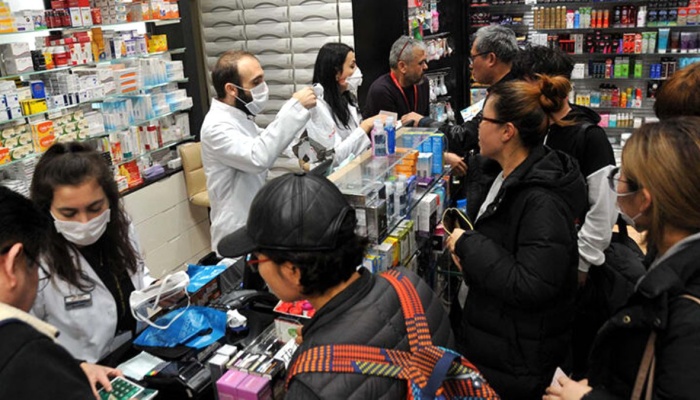 Turkish authorities will seize the factories of companies that produce masks unless they agree to sell product to the government by Monday night, Interior Minister Suleyman Soylu was quoted as saying, according to Reuters, as Ankara seeks to contain the local coronavirus outbreak.

Turkey’s death toll from the virus increased by nine to 30 on Sunday, with 1,256 confirmed cases after a surge in the last two weeks.

Authorities carried out simultaneous raids on the warehouses of all face mask producers in Turkey early on Sunday to demand they sign contracts with the Health Ministry and stop hoarding stock, Soylu was quoted as saying by the Hürriyet newspaper.

“We warned them once again to sign contracts with our Health Ministry by 20:00 tonight. Otherwise, we have additional authority, and we won’t hesitate to use it,” Soylu was cited as saying.

“We will buy these [masks], and for a good price,” he said. “As God is my witness, they have 10 to 12 hours, or we will seize their factories tomorrow.”

Turkey has taken a series of measures to prevent the spread of the virus since its outbreak two weeks ago, limiting the use of public spaces, imposing travel restrictions and announcing a $15 billion economic support package to help its ailing economy amid the outbreak.

Turkey says it has conducted 20,345 coronavirus tests. It has exported several medical supplies to other countries but has said its priority will now be on local needs. Last week Ankara moved to curb sales of masks by mandating a doctor’s prescription for some of them.

With the surge of cases in Turkey, thousands of people have also been quarantined across the country. On Monday Soylu said 10,750 people were in quarantine, adding that those not complying with regulations were subject to fines.