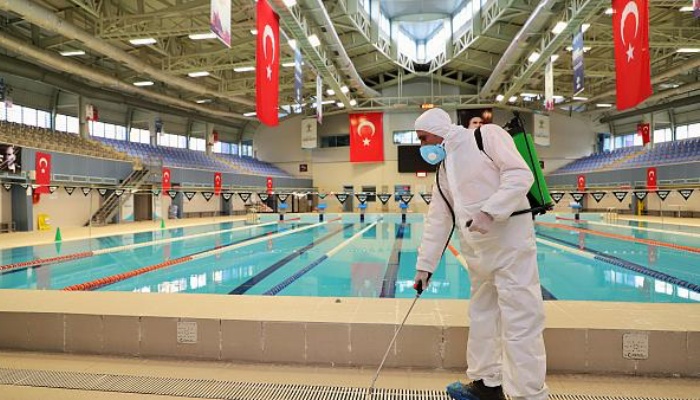 President Recep Tayyip Erdoğan issued a decree on Friday postponing all events related to science, culture and art as Turkey seeks to contain a surge in coronavirus cases, Reuters reported.

The number of confirmed cases in the country has surged since the first case was announced last week, reaching 359 on Thursday. The cases have roughly doubled every day since Sunday.

Koca said Turkey had conducted 1,981 tests in 24 hours to midnight Thursday, 168 of which came back positive.

The decree published in the Official Gazette on Friday said all meetings and activities, indoors or outdoors, related to science, culture, art and other similar fields would be postponed until the end of April.

The state-owned Anadolu news agency quoted Interior Minister Süleyman Soylu as saying on Thursday that a total of 9,800 people were quarantined.

Erdoğan said on Wednesday that Turks should stay home for at least three weeks but did not ask them to stay away from work.

To alleviate the economic impacts of the virus, the central bank cut its policy rate by 100 basis points to 9.75 percent, while the government unveiled a $15 billion package to support businesses.

Clothing retailers are shuttered, dimming the economy’s prospects and raising questions for hundreds of thousands of workers. Malls, with some 530,000 employees and annual turnover of $160 billion, were set to follow suit.