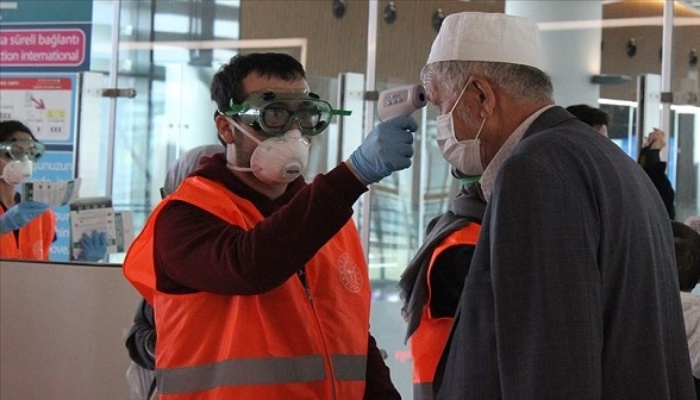 A total of 10,330 people who returned from Saudi Arabia where they had travelled to perform the Islamic ritual of Umrah have been quarantined out of concerns over COVID-19 at student dormitories in the Turkish capital city of Ankara and central province of Konya, according to a statement from the Turkish Youth and Sports Ministry on Sunday.

Umrah is the Islamic pilgrimage to the holy city of Mecca that Muslims can undertake at any time of the year.

There are currently six confirmed coronavirus cases in Turkey. The sixth person to have been diagnosed had just returned from Umrah.

After the news about the sixth COVID-19 case, many on social media called for a quarantine for people returning from Saudi Arabia.

The Umrah travelers will be quarantined for two weeks at five state-run dormitories in Ankara and Konya.

On Saturday Turkey’s Religious Affairs Directorate Chair Ali Eras announced that 21,000 people who had performed Umrah would be back in Turkey by Sunday.

Turkish Health Minister Fahrettin Koca said those who returned from Umrah earlier underwent health screenings and that tests were performed on those who showed signs of having contracted the coronavirus.