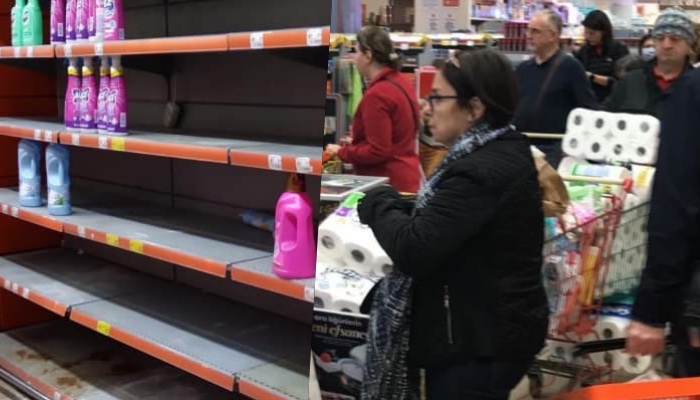 After the Turkish health minister announced the first case of novel coronavirus yesterday, Turks reportedly began inundating supermarkets in several provinces, including İstanbul, as fear grows over the spread of the disease.

In public panic buying, Turkish shoppers emptied the shelves of cleaning products as well as staple foods including pasta, rice, wheat and bulgur.

Health Minister Fahrettin Koca said the affected person was a Turkish man who had been put into isolation in a hospital, according to Daily Sabah.

He said at a press conference late on Tuesday that the person contracted COVID-19 while traveling in Europe. He also warned Turkish citizens against traveling abroad and asked those returning to self-quarantine for 14 days.

The minister urged people not to be alarmed by the diagnosis, saying the country had still steered clear of an outbreak.

“The novel coronavirus is not strong enough to break through the measures taken by Turkey,” he added. He also asked the public to take precautions against the virus in the coming months.