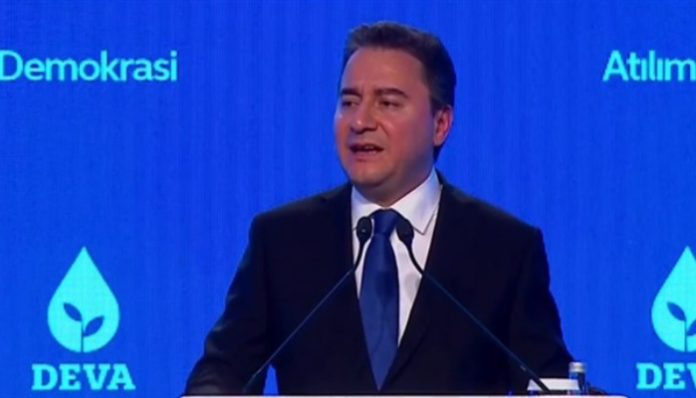 “We will remove all obstacles to freedom of expression in this field. Young people will be able to tweet and like without fear,” Babacan said at a press briefing where he announced the Democracy and Progress Party (DEVA).

In Turkish the word “deva” also means “remedy,” arguably hinting that the party will cure Turkey’s political and social ills.

“Rules have ceded their place to arbitrariness, the institutional has been replaced by the personal, and merit has been eliminated by nepotism,” Babacan said, promising transparency, accountability and the rule of law.

He said under their administration, public tenders will be transformed in favor of transparency and competitiveness, the education system will undergo structural reform and the Higher Education Board (YÖK) regulating universities will be abolished.

On foreign policy he said: “We will not feed on crises. We will grow stronger by settling disputes through diplomacy.”

He also vowed to transition the military into a fully professional army, ending conscription and the practice of paying to avoid mandatory military service (bedelli).

Last July Babacan resigned from Erdoğan’s ruling Justice and Development Party (AKP), of which he was a founding member, citing concerns and disagreements over its direction.

While rumors have been circulating for months about Babacan’s new party to challenge the AKP’s 17-year rule, it took until last Monday for the actual filing of an official request for its establishment.