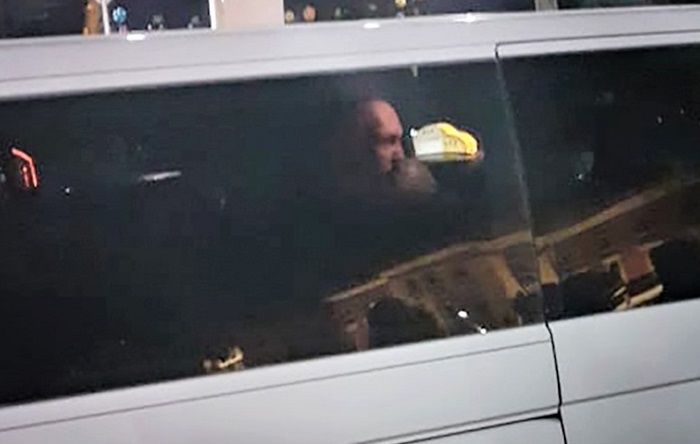 Turkish citizen Selami Şimsek was being held by the Albanian government on Monday and was reportedly expected to be deported to Turkey under pressure from the Turkish government, according to exit.al, an Albanian news website.

Albanian police detained Fax News reporter Bekim Bici in the early hours of Tuesday as he was filming a video of Şimsek being held at the Interior Ministry.

Şimsek was sentenced to a year in prison by the Tirana Court for falsifying travel documents. After the ruling, he sought asylum in Albania as he believes his life is at risk in Turkey. According to reports, he had been trying to apply for asylum since January and had sent a long letter via his lawyer to the Directorate of Migration and Borders but had not received a response.

He was arrested along with his friend Harun Çelik as they were travelling to Canada via Rinas Airport. Çelik was illegally deported back to Turkey at the behest of the Turkish government, despite extradition procedures not being followed and the fact he had asked for asylum.

They are both considered to be members of the Gülen movement, accused by the Turkish government of orchestrating a 2016 coup attempt. President Recep Tayyip Erdoğan used the coup attempt as a reason to crack down on hundreds of thousands of journalists, academics, teachers and members of civil society that he claims were all involved in the event.

On Monday the Court of Appeal acquitted Şimsek of charges but instead of being released, he was swiftly sent to the Interior Ministry.

The move to deport Çelik under similar circumstances drew criticism from the EU Delegation in Tirana, the Council of Europe, members of the European Parliament and civil society both locally and abroad.

In February Turkish Foreign Minister Mevlüt Çavuşoğlu visited Albania and urged the government to hand over alleged Gülen followers while reminding them of the financial and economic help Turkey gives the country.