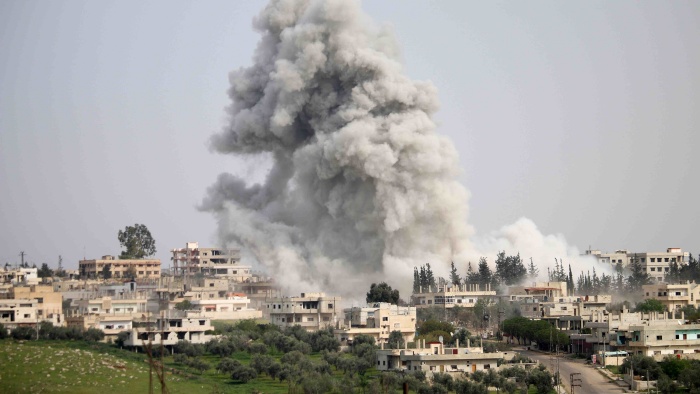 Turkey is prepared to “use force against those who violate the ceasefire” recently implemented in Idlib, northwestern Syria, a security source told the state-run Anadolu news agency on Monday.

Turkey and Russia announced a ceasefire that came into effect at midnight last Thursday, following days of clashes between the Turkish military and Syrian regime forces.

The agreement came after a meeting between Turkish President Recep Tayyip Erdoğan and his Russian counterpart, Vladimir Putin, in Moscow last week.

“The cease-fire aims to halt regime attacks that endanger the safety of Turkey and the region, and pose the risk of causing an even graver humanitarian crisis in Idlib,” said the security source, who requested anonymity due to restrictions on speaking to the media.

Claiming that there have not been any violations from the Turkish side, the security source asserted that the Turkish Armed Forces “are ready to use force against those who violate the ceasefire.”

“We are aware of the regime’s attempts to violate the ceasefire; we are monitoring them closely. As the guarantor country, we expect Russia to ensure that the regime fully complies with the points specified in the agreement.”

As part of the agreement, all military activities will end in Idlib and a security corridor will be established six kilometers (3.7 miles) deep to the north and to the south from the M4 highway.

The highway, also known as the Aleppo-Al Hasakah road, is about 30 kilometers (19 miles) from Turkey’s border.