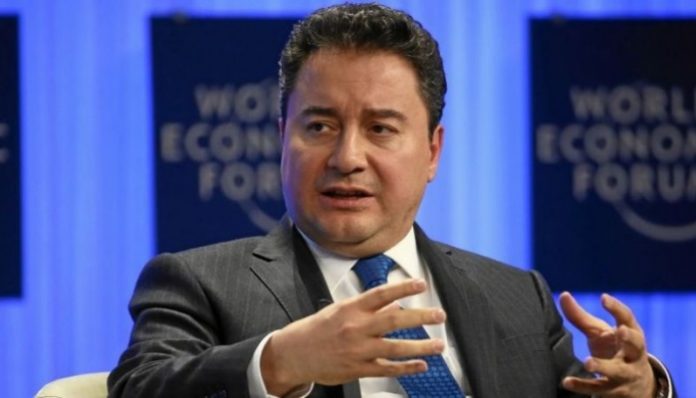 A former close ally of Turkish President Recep Tayyip Erdoğan applied on Monday to register a new political party to challenge the ruling Justice and Development Party (AKP), saying Turkey needed a “fresh start” and calling for reforms to strengthen the rule of law and democracy, Reuters reported.

Ali Babacan, a 52-year-old former deputy prime minister, announced last July he was resigning from the AKP over “deep differences” about its direction, and his announcement has been long-awaited.

Babacan, a founding member of the AKP, which has ruled Turkey since 2002, served as economy and then foreign minister before becoming deputy prime minister, a role he held from 2009 to 2015. He was well regarded by foreign investors during his time in charge of the economy.

“The need has emerged for a fresh start in Turkey,” Babacan said in an interview broadcast live on Turkey’s Fox TV.

“Nearly 20 years have passed [since the AKP was founded]. … Turkey has changed, and unfortunately the political party of which I was a member has begun to do things contrary to its founding principles,” he said.

Babacan’s supporters submitted an official request to the Interior Ministry on Monday to establish the new party. Its name will be confirmed at a launch event on Wednesday.

“There is a powerful need to create a more prosperous and livable Turkey, and this is not possible with the current political order,” Babacan said, stressing the importance of democracy, rule of law and human rights.

Opposition politicians, human rights groups and the European Union have long accused Erdoğan and his party of trampling on basic freedoms, jailing critics and undermining democracy, especially since a failed 2016 military coup.

Turkey’s poor economic performance since a 2018 currency crisis has also eaten into support for Erdoğan and his party.

Last week, closely followed pollster Metropoll published a report showing Erdoğan’s job approval in Turkey had fallen to 41.1 percent, down from 48 percent around October when a military operation launched in northeast Syria gave the president a boost.

The latest survey was carried out before Turkey’s ramped up a separate army operation in northwest Syria’s Idlib region.

However polls also show limited support for his emerging political rivals. A Metropoll survey last month put support for Davutoğlu’s party at 1.2 percent and for Babacan’s prospective party at 0.8 percent. The poll put AKP support on 40 percent, down from 42.6 percent at a 2018 general election.