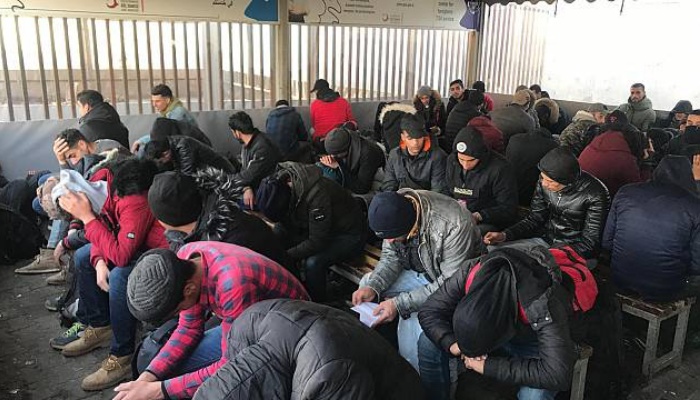 Migrants stranded in the Turkish province of Edirne at the border with Greece face “death and desperation,” according to the International Organization for Migration (IOM), the infomigrants news website reported.

Hundreds of migrants have attempted to reach Greece from Turkey through the northwestern province of Edirne over the last few weeks, the IOM said in a statement published on Feb. 21.

The UN agency stressed that many end up in limbo, unable to go forward or back. The majority are young single men who have travelled by land from as far away as Pakistan, Bangladesh and Afghanistan.

“With little food and money, they are ill-prepared for the long journey and harsh winter conditions’,’ IOM said.

Among the stranded migrants is Madiha Asif, who is pregnant with twins and is suffering from abdominal pain. IOM said she and her husband, Muhammed, are stuck in Edirne with their three children. “It’s been a long journey from home and my children are freezing. In this cold winter, they are wearing only socks and my youngest child has a blood clot in his eye. I am afraid that my twins might not survive,” the mother was quoted as saying by IOM.

Her husband told IOM: “We came to Turkey from Pakistan a month ago and want to go to Europe. We cannot go back to Pakistan because our house was burned down by criminal groups and we were repeatedly threatened.”

Most media reports focus on migrant arrivals from Turkey to Greece via sea. But the land route to Europe through Edirne has actually seen more migrants than the eastern Mediterranean route across the Aegean Sea, IOM said.

Meanwhile, 34 migrants reportedly died in the Aegean in 2019. The majority were women and children. The dead bodies of three youths were found this month at the border of Edirne. The victims reportedly died of hypothermia, IOM said.