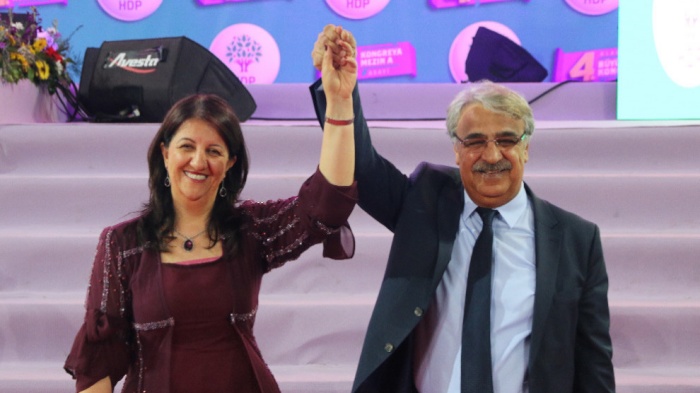 Pervin Buldan and Mithat Sancar were unanimously elected as the party’s co-chairs, with 836 votes from the 1,018 delegates in attendance.

Re-elected during the convention, Buldan is a Kurd from Hakkari and has been the HDP’s co-chair since February 2018. Sancar is a native Arabic speaker from Mardin and replaced Sezai Temelli as the party’s new male co-chair.

Around 100 international participants and thousands of guests attended the congress, the HDP said, adding that 30,000 people were present.

In a message read at the congress, Kurdistan Regional Government (KRG) Prime Minister Masrour Barzani congratulated the new co-chairs and wished them success.

The Turkish government has conducted a years-long crackdown on the HDP. Under President Recep Tayyip Erdoğan’s rule, Ankara has ousted from office and arrested dozens of elected mayors who are HDP members.

Erdoğan’s government has ordered the seizure of 38 HDP municipalities and replaced their top officials with trustees since a local election in March of last year. Twenty-three mayors are still in detention, and over a dozen lawmakers are either in prison or have been ousted from the Turkish parliament.

At the same time, the HDP’s charismatic former co-chair Selahattin Demirtaş is still behind bars.