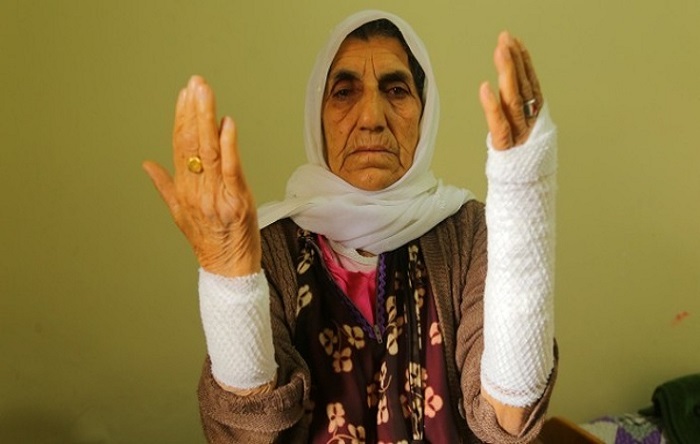 The 90-year-old mother of a Kurdish mayor who was removed from office on terrorism charges has sustained injuries in a police raid on their home in the southeastern Turkish province of Şırnak, according to the Mezopotamya news agency.

Police raided the home of former İdil district  mayor Murat Şen, from the Kurdish Peoples’ Democratic Party (HDP), on Saturday. During the dawn raid by special forces police wearing snow masks, Şen’s mother Fatma sustained injuries resulting from the use of force by the police. Şen’s nephew Nurettin, who was also at home, was beaten up and forced to wait outside in the freezing cold, according to Mezopotamya.

Nurettin Şen was taken into custody following the raid, but no reason was given for his detention.

Murat Şen is among the dozens of mayors who were elected in the March 31, 2019 local elections from the HDP but were later removed from their posts on terrorism charges.

Kurdish politicians, particularly members of the HDP, are often accused by Turkish government officials of having ties to the outlawed Kurdistan Workers’ Party (PKK), which is listed as a terrorist organization by Turkey, the US and the EU.