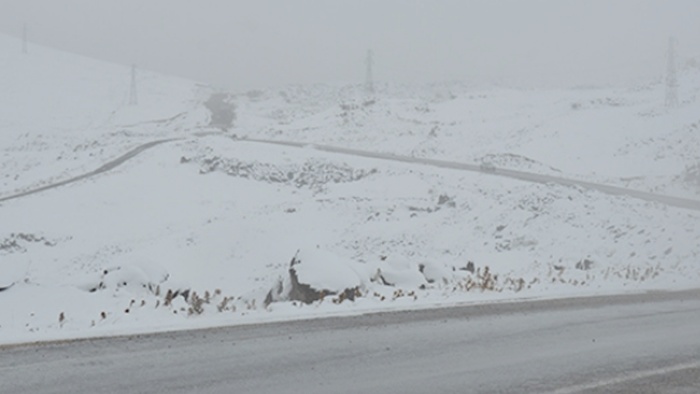 Thirteen migrants from Iran have been found frozen to death in a mountainous area of the Çaldıran district in Turkey’s eastern Van province, the Hürriyet Daily News reported.

Search and rescue teams from the gendarmerie and the Disaster and Emergency Management Authority (AFAD) were sent to the area, said a statement from the Van Governor’s Office on Monday.

The Tendürek mountain pass on the road connecting Çaldıran and Doğubeyazıt was closed to traffic due to a heavy snowstorm, it added.

Some 160 village roads and 200 hamlet roads across Van were blocked by masses of snow.

Another group of migrants were rescued in an operation by gendarmes in Gevaş. The migrants, consisting of 49 Afghan nationals, managed to contact the gendarmerie when they started suffering from hypothermia. They were all hospitalized.

Turkey has been a key transit point for irregular migrants heading for Europe to start new lives, especially those fleeing war and persecution.

The Turkish meteorology authority announced that temperatures would hover between -12 and -19 degrees Celsius in Çaldıran, and between -8 and -13 in Bahçesaray.

Efforts to find a missing firefighter who was buried under snow in an avalanche on Feb. 5 in Bahçesaray were halted due to snow and fog and the risk of an avalanche.

On Feb. 4, an avalanche buried a minibus on the road connecting Bahçesaray and Çatak, killing five people.

The next day, dozens of rescue teams and villagers searching for two other victims were engulfed by another avalanche. While most of them were rescued, 36 died.