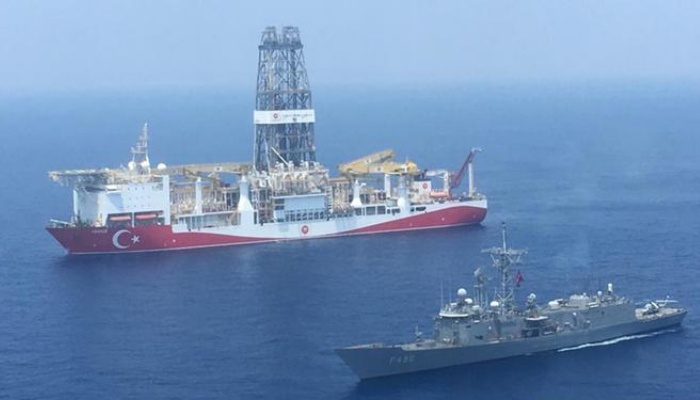 Turkey’s presidential spokesman, İbrahim Kalın, on Thursday reiterated Ankara’s determination to press forward with seismic research and drilling for hydrocarbons in the area between Kastellorizo and Libya demarcated in a maritime borders agreement signed between Turkey and Libya’s Tripoli-based government that ignores the presence of Crete and other Greek islands, the Greek Kathimerini daily reported.

“Because of our agreement with the official government of Libya, we will continue with seismic research and drilling in the eastern Mediterranean but also in areas we agreed on with Libya,” he said.

“On this issue, I must stress that we are determined,” he said.

Kalın’s comments followed a cabinet meeting chaired by President Recep Tayyip Erdoğan, who made the same threat a few weeks ago.

Similar comments have also been made recently by Foreign Minister Mevlüt Çavuşoğlu and Energy Minister Fatih Dönmez, with the latter indicating that activity would begin immediately after the ratification of the Ankara-Tripoli deal by the United Nations. Ankara is essentially waiting for the relevant UN department to make public the map of the area it has provided.

Greek Deputy Defense Minister Alkiviadis Stefanis said earlier on Thursday that Greece is maintaining dialogue with Turkey but that the Hellenic Armed Forces are on standby.

“Diplomacy is the first choice,” he told Skai Radio. “We have open channels of communication, but the armed forces are ready to do what is necessary in coordination with the Foreign Ministry,” he added.

His statements came as Defense Minister Nikos Panagiotopoulos denied media reports quoting him as disputing claims by Erdoğan that Greece and Turkey had come to an agreement not to “move” on the Imia islets that brought the two countries close to war in 1996.

Earlier reports alleged Panagiotopoulos had rejected claims by Erdoğan that he sent a message to Greece through Defense Minister Hulusi Akar not to make any “move” over Imia. The Greek Defense Ministry said Panagiotopoulos “never made such a statement” and that the claims were “the interpretations and assessments of those who express them.”

Meanwhile, Ankara continues to push its demands in the eastern Mediterranean, issuing a new navigational telex on Thursday for military exercises in the region east and south of Rhodes, Karpathos and Crete that corresponds with the areas that Ankara and Tripoli sought to delineate as their own in the maritime borders deal.