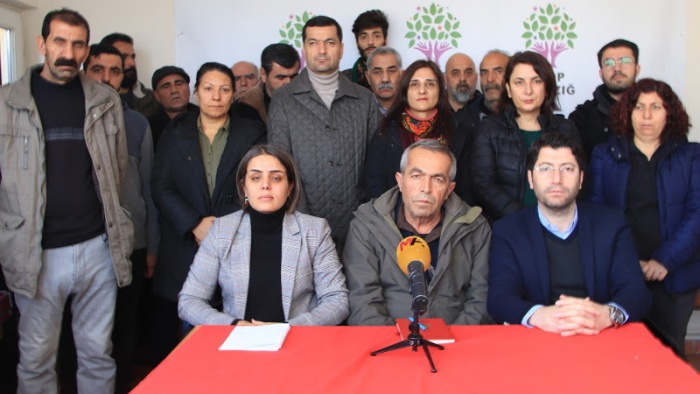 The Peoples’ Democratic Party (HDP) claimed on Sunday that humanitarian aid it sent to Elazığ, struck by an earthquake on Friday, was blocked by authorities on orders from Interior Minister Süleyman Soylu, the Duvar English news website reported.

The HDP had sent a committee to the region to determine what supplies were needed, and then sent trucks from one of its municipalities in Diyarbakır province.

The shipment, which contained tents, blankets and dry foods, was blocked upon the instructions of Minister Soylu, the party said.

“[Soylu] instructed the local authorities on television that the aid packages be blocked. The Governor’s Office immediately followed through on this and had the packages not sent by the government turned away,” the HDP tweeted on Sunday.

HDP officials claimed that the prevention of the delivery of humanitarian aid was a politically motivated power move.

“The government, having failed to take preventive measures and having been short-sided at every turn, is prioritizing political calculations over the safety of the people by interfering with humanitarian aid,” the party said.

When asked about the claims, Soylu said he did not want to get involved in such discussions, adding that he would be pursuing legal action against certain social media posts.

The HDP is known for its advocacy for the rights of Turkey’s Kurdish minority. Its members frequently face terrorism-related charges as well as accusations of separatism by the government and the pro-government media.

Dozens of Kurdish mayors elected from the ranks of the HDP have recently been removed by Soylu’s ministry.