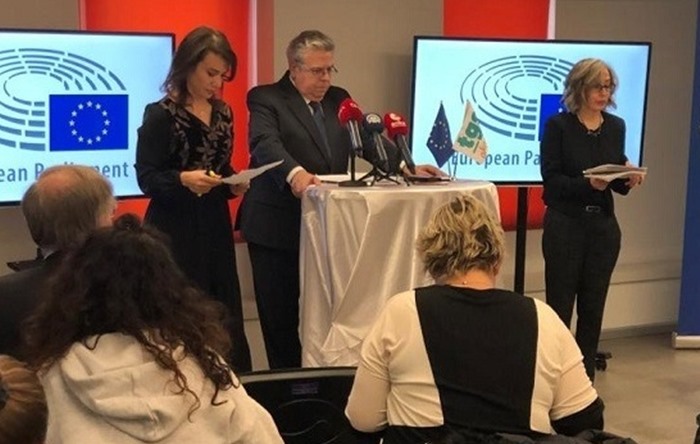 “If we call everyone a terrorist, maybe no one is a terrorist,” Amor told journalists at a press conference in Ankara following several meetings with Turkish government officials, according to the T24 news website.

Turkey’s arbitrarily used anti-terror law has been a matter of discussion between Ankara and Brussels in now-stalled EU accession talks.

The EU has intensified its criticism of the anti-terror legislation particularly after a 2016 coup attempt, with Turkey firing more than 130,000 public servants over alleged terrorism links.

Some 600,000 people have been investigated on allegations of terrorism since the coup attempt.

Turkey accuses the Gülen movement of orchestrating the abortive putsch, although it strongly denies any involvement.

However, the anti-terror law, which strips Turkish citizens of their fundamental rights, has been widely used against any criticism of the government.

“A student criticizing government on Twitter and an armed terrorist are subject to the same counterterrorism law,” Amor told reporters, adding that depositing money in Bank Asya or using ByLock must not be compared to fighting in the mountains against government forces.

Many alleged Gülen followers were arrested on charges of depositing funds in Gülen-affiliated Bank Asya or using ByLock, a smartphone application believed to have been used among the movement’s members.

He also singled out the cases of Kurdish politician Selahattin Demirtaş and philanthropist Osman Kavala, both in jail on terrorism charges as their trials continue. Critics have said the charges are politically motivated.

The rapporteur said the cases were “excellent opportunities” for Turkey to show its commitment to human rights and that it is approaching EU standards.

Amor said the EU was committed to Turkey’s accession process but that there was a lack of trust on both sides, urging Turkey to work with the EU on reforms to improve the rule of law, judicial independence and freedom of expression and media.