Lawyer Veysel Ok, the co-director of Turkey’s Media and Law Studies Association (MLSA), gave an interview to DW in which he described the details of the meeting, which was closed to the press.

Ok said he conveyed to Merkel his experiences regarding the issues of free speech and rule of law in Turkey as well as his opinions on the Turkish government’s judicial reform package.

“We really appreciate her making the time to hear out our concerns in the area of freedom of speech,” the MLSA tweeted on the visit.

Erol Önderoğlu, the Turkey representative of Reporters Without Borders (RSF), said all participants from civil society stressed the fact that the rule of law has lost ground in Turkey and that judicial reforms must be aimed at ensuring the independence of the judiciary.

He also told Merkel that many of the journalists in Turkey spend most of their time in court due to charges related to anti-terror laws and insults against the president.

Reports of the cancellation of press cards of journalists from the left-wing Evrensel daily were also discussed at the meeting.

“The denial of press cards has become a tool for the government to do away with all media circles that don’t conform with their model,” Önderoğlu said.

Merkel told the NGO representatives that Turkey has adopted a new foreign policy orientation that entails rapprochement with Russia and that this has further complicated relations, according to Önderoğlu.

On Thursday Amnesty International called on Merkel to work for the release of jailed businessman and human rights activist Osman Kavala as well as other activists.

Merkel arrived in Turkey on Thursday and met with Turkish President Recep Tayyip Erdoğan in İstanbul on Friday.

Erdoğan takes legal action against TV anchor over tweet about a... 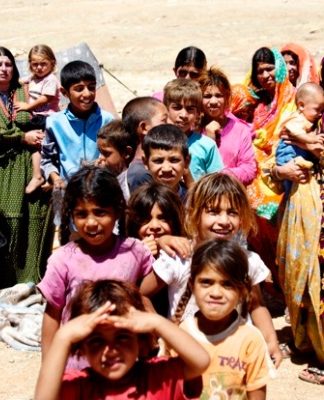