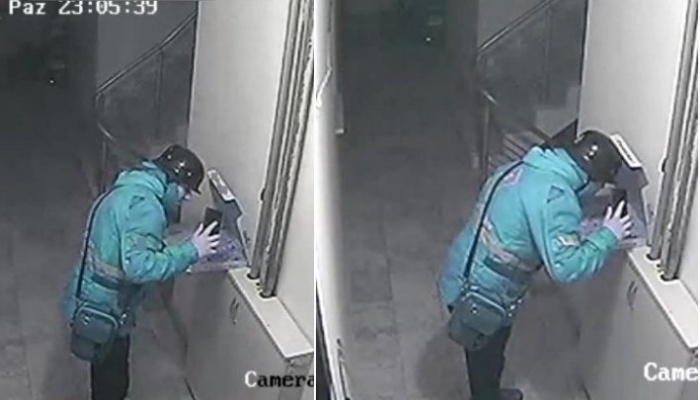 A Turkish prosecutor has demanded a sentence of up to 18 years in prison for a deliveryman who was caught on camera spitting on a pizza before handing it over to the customer in Eskişehir, the Hürriyet Daily News reported.

The incident, which occurred on Dec. 24, 2017, was recorded by a security camera at the front door of an apartment building. After seeing the footage, the apartment manager notified the customer, a resident of the same building.

The footage showed the deliveryman, identified as Burak S., spitting on the pizza and shooting it on his mobile phone.

The defendant has already been fined 4,000 Turkish lira ($675) for endangering the customer’s health.

Prosecutor is now seeking a prison sentences of between two and 15 years for “endangerment of life by poisoning food” and from four months to three years for property damage.

The hearing was adjourned after the defendant’s lawyers requested extra time to prepare a plea.