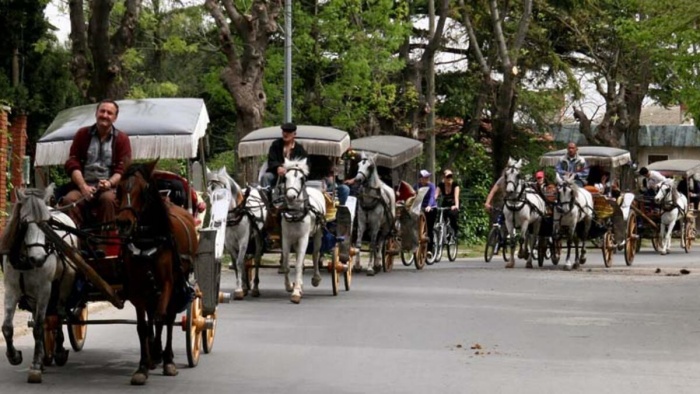 The municipality of İstanbul’s Princes’ Islands is determined to completely prohibit horse-drawn carriages, or phaetons, as a new deal with carriage operators is about to be reached, according to the Turkish media.

Erdem Gül, mayor of the Princes’ Islands, revealed the new deal foreseeing that the İstanbul Metropolitan Municipality would buy the horses and carriages from the operators for TL 300,000 ($51,000) per carriage and TL 4,000 ($680) per horse, and that new electric phaeton look-alikes would be introduced for tourists visiting the islands, which are closed to private cars.

The new vehicles would carry 14 or 15 people at once, Gül added, unlike the carriages that only allow four or five passenger at a time.

The new plan, however, has sparked mixed feelings, as some İstanbulites see it as giving in to the carriage operators’ demands for compensation for the loss of their horses and carriages.

Others support the idea that the use of horse-drawn carriages should continue with better conditions for the horses.