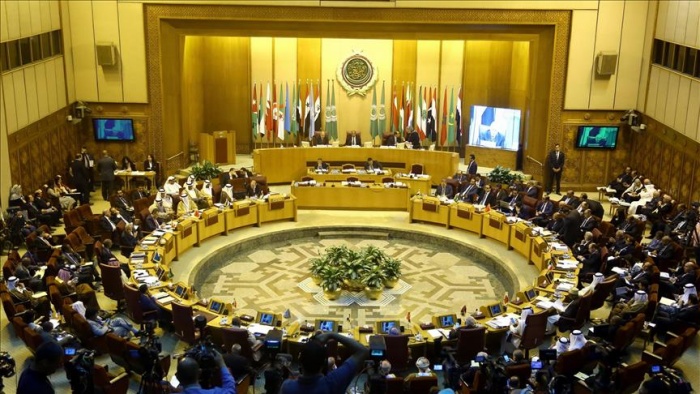 The Arab League on Tuesday called for efforts to “prevent foreign interference” in Libya in the wake of military and maritime agreements signed by Turkey with the UN-recognized government in Tripoli, Agence France-Presse reported.

Permanent representatives of the pan-Arab organization, in a meeting at its Cairo headquarters requested by Egypt, passed a resolution “stressing the necessity to prevent interference that could contribute to facilitating the arrival of foreign extremists in Libya.”

They also expressed “serious concern over the military escalation further aggravating the situation in Libya and which threatens the security and stability of neighboring countries and the entire region.”

On Monday, the UN’s Libya envoy, Ghassan Salame, said the deals signed by Turkey and the Tripoli government represented an “escalation” of the conflict wracking the North African country.

Libya has been mired in conflict since a NATO-backed uprising in 2011 toppled and killed dictator Muammar Gaddafi, with rival administrations in the east and the west vying for power.

In November Ankara signed a security and military cooperation deal and also inked a maritime jurisdiction agreement with the Government of National Accord (GNA) based in the capital.

In addition Turkey is preparing to hold a vote in parliament on deploying troops in support of the GNA, which is battling forces of eastern military strongman Khalifa Haftar, who is backed by Egypt, the United Arab Emirates and Russia.

Egypt, in a letter sent to the United Nations last week, said it considers the Ankara-Tripoli agreements “void and without legal effect,” adding that foreign military involvement in Libya amounted to a violation of a UN arms embargo in force since the uprising.