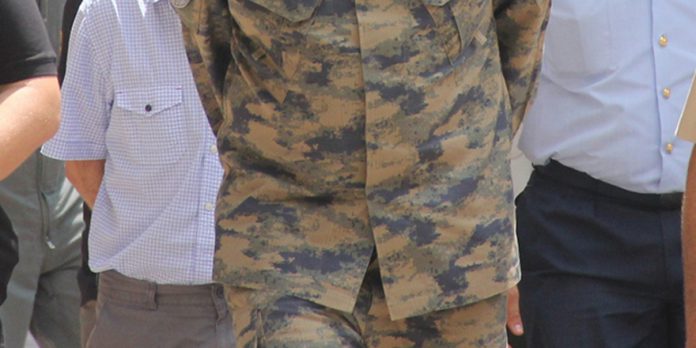 The Ankara Chief Public Prosecutor’s Office ordered the detention of 2,765 military members in 2019 as part of investigations into the faith-based Gülen movement, the state-run Anadolu news agency reported.

Turkey accuses the movement of orchestrating a 2016 failed coup, although it strongly denies any involvement.

Ankara Chief Public Prosecutor Yüksel Kocaman said the suspects were believed to have maintained their ties to certain Gülen followers by using payphones as a means of secret communication.

A total of 1,107 were arrested, while the remaining were released pending trial, Kocaman said, adding that 754 of the suspects asked to benefit from the repentance law, giving the names of other military personnel who are allegedly Gülen followers.

Since the failed coup, Turkey has been conducting a massive witch-hunt against people from all walks of life on charges of “coup involvement” due to their alleged links to the Gülen movement.