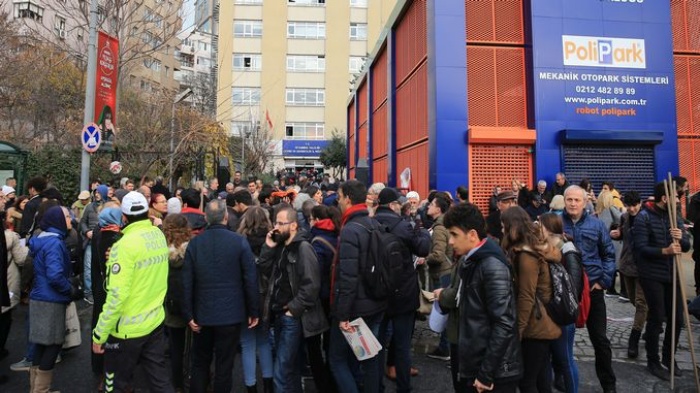 Hundreds of İstanbul residents have flocked to provincial urbanization offices to sign petitions against the construction of Kanal İstanbul, which President Recep Tayyip Erdoğan dubbed his “crazy project,” the T24 news website reported.

Kanal İstanbul will be an artificial sea-level waterway bisecting the European side of İstanbul to connect the Black to the Sea of Marmara and the Mediterranean and is scheduled to be completed by 2023.

Environmentalists and opposition parties have voiced serious concerns about the artificial channel, arguing that the seaway will damage İstanbul’s underground water resources and will threaten the Marmara Sea along as well as posing other social and urbanization risks.

Ever since Turkey’s Ministry of Environment and Urbanization in a controversial move on Dec. 23 accepted the project’s Environmental Impact Assessment Report (ÇED), İstanbulites have been forming long queues in front of provincial urbanization offices to sign petitions against the realization of the project.

İstanbul Mayor Ekrem İmamoğlu and some environmental groups have been calling on İstanbulites to take action against the project, which they say will lead to a number of serious environmental problems.

Erdoğan has repeatedly said the construction would go ahead despite any opposition.