The match was scheduled to be broadcast live on CCTV’s sports channel; however, it was replaced with a prerecorded game between Tottenham and the Wolverhampton Wanderers.

“Qurans are being burnt. Mosques are being shut down. Muslim schools are being banned. Religious scholars are being killed. Brothers are forcefully being sent to camps,” Özil, a Muslim of Turkish descent, posted in Turkish on social media.

“The Muslims are silent. Their voice is not heard,” he wrote on a background of a blue field with a white crescent moon, the flag of what Uighur separatists call East Turkestan.

About 1 million Uighurs and other minorities have been detained in high-security camps, according to human rights activists and the United Nations.

China initially denied the camps existed but now describes them as vocational schools aimed at dampening the allure of Islamist extremism and violence.

“Özil’s comments are undoubtedly hurtful to the Chinese fans who closely follow him, and at the same time his comments also hurt the feelings of Chinese people. This is something we cannot accept,” government-backed news outlet The Paper reported, quoting an unnamed CFA official.

Özil was selected for Sunday’s game by caretaker Arsenal manager Freddie Ljungberg but made little impact before being substituted about an hour into play.

“The China thing, that is a political discussion that I leave for the club to deal with,” said Ljungberg, echoing comments from Arsenal insisting that it stayed out of politics. 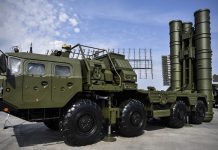 Russia has supplied more than 120 missiles for S-400 system in Turkey: official 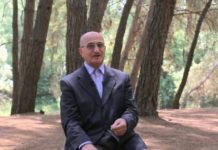