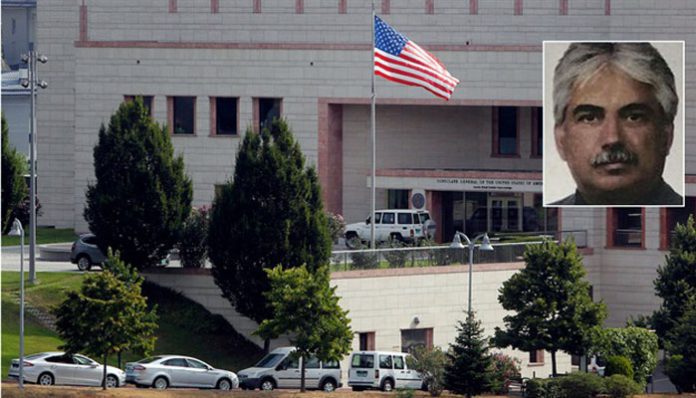 A Turkish court rejected a request on Wednesday to release a US Consulate employee jailed since 2017 on espionage charges despite his argument that no credible evidence had been submitted against him, AFP reported.

The case of Metin Topuz, a Turkish citizen and liaison for the US Drug Enforcement Administration (DEA) at the US Consulate General in Istanbul, has added to growing tensions between Ankara and Washington.

Topuz has been in jail since his arrest in October 2017, accused of ties to US-based Muslim preacher Fethullah Gülen, who Ankara says ordered an attempted coup the year before despite his strong denial of any involvement.

His next court appearance was set for March 10.

“The charges are based on unrealistic allegations and contradictory testimonies of so-called witnesses,” Topuz told the Istanbul court.

“Not one single piece of evidence has been presented to the court that would convince a rational person that I tried to destroy the Turkish republic,” he added, referring to claims made by the prosecution.

The trial has been delayed as prosecutors try to locate a witness who Topuz’s lawyers say has fled to Italy and has no bearing on the case.