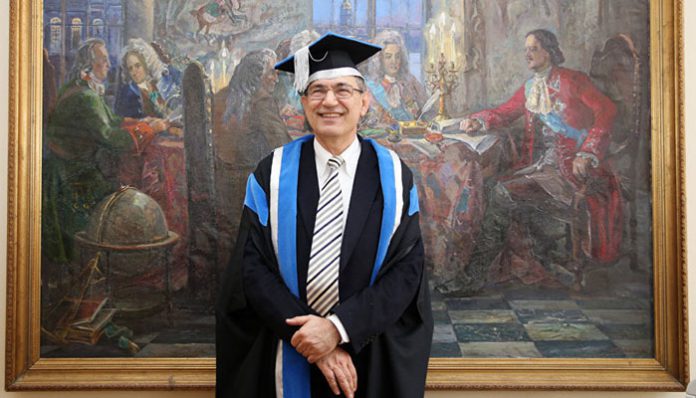 President Recep Tayyip Erdoğan on Tuesday implied that Nobel laureate Orhan Pamuk is a “terrorist,” saying that the Nobel committee gave the prize to a “terrorist in Turkey.”

Answering questions during a panel discussion at Ankara’s Bilkent University, Erdoğan was asked if the Nobel committee were to award him a prize would he accept it.

“I wouldn’t,” Erdoğan replied, saying that the Nobel committee made a fatal mistake by selecting Peter Handke, an Austrian author who drew heavy criticism over his remarks denying atrocities committed by Serbian troops against the Bosnian people in the 1990s.

“They also have given [a prize] to a terrorist in Turkey,” he added.

Turkey has only two Nobel laureates, one Pamuk, a world-famous novelist, in 2006, the other Aziz Sancar, a Turkish-American biochemist and molecular biologist, in 2015.

Sancar had paid a visit to Erdoğan at the presidential palace after receiving the prize and also played a part in a presidential propaganda video, whereas Pamuk is a vocal critic of the Turkish government.

Pamuk was targeted by the Turkish nationalists back then over his remarks indicating that Turkey conducted killing of 1,5 million of Armenians during the First World War.

Turkey is among a number of countries boycotting the Nobel ceremony at which Handke will accept his prize.