The Office of the United Nations High Commissioner for Human Rights has ruled against the extradition of a teacher linked to the Gülen movement from Morocco to Turkey on the grounds that he faces the risk of being subjected to torture if he is extradited, the tr724 news website reported.

The decision of the UN rights body concerns the case of Mustafa Önder, a 34-year-old Turkish teacher who was detained in 2017 by the Moroccan authorities at the request of Turkey while he was working for a private school in Morocco.

Turkey accuses Önder of membership in a terrorist organization due to his links to the Gülen or Hizmet movement, which is accused by the Turkish government of masterminding a failed coup in July 2016. The movement strongly denies any involvement in the coup attempt or any terrorist activity.

The commission refers to the UN Convention against Torture and Other Cruel, Inhuman or Degrading Treatment or Punishment, which was ratified by Morocco in June 1993.

In April 2017 Önder and his family applied for asylum with the Office of the United Nations High Commissioner for Refugees in Rabat. They are still awaiting a response.

Following the coup attempt, the Turkish government launched a massive crackdown on followers of the movement under the pretext of an anti-coup fight as a result of which more than 150,000 people were removed from state jobs while in excess of 30,000 others were jailed and some 600,000 people have been investigated on allegations of terrorism.

The Turkish government also ensured the closing down of many Gülen-linked schools abroad, and the Turkish intelligence service brought Gülen-linked individuals who were abroad to Turkey by force.

The UN rights commission’s decision concerning the case of Önder is expected to set a precedent in similar cases when the Turkish government demands the extradition of Gülen followers from other countries. 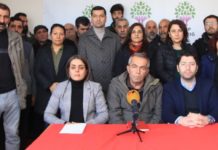 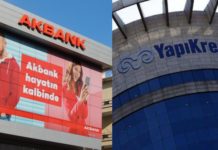