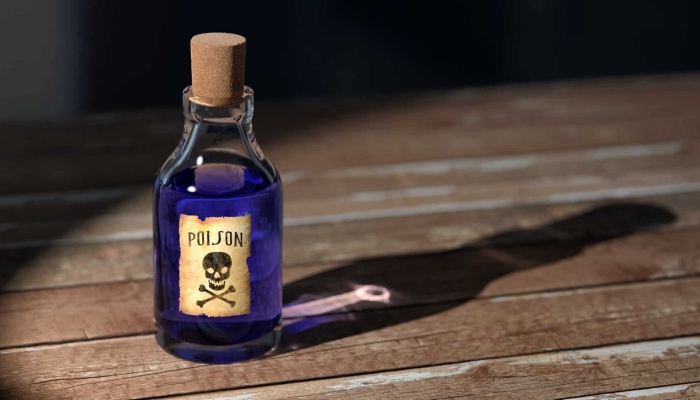 A 21-year old university student committed suicide in the northwestern province of Sakarya by taking a dose of cyanide shortly after Turkish authorities banned the public sale of the deadly substance, according to Turkish media reports.

The student, identified as Mehmet Ali Çetin, a third-year student in the chemistry department of Sakarya University, was found dead at home on Thursday by family members who had not heard from him for a while.

Paramedics discovered that Çetin had ingested a chemical substance, so teams from Turkey’s Disaster and Emergency Management Agency (AFAD) were called to the scene. The AFAD teams that examined the young man’s body determined that he had died from cyanide poisoning.

Çetin, who was reportedly suffering from psychological problems, bought cyanide from an online site and took it in a beverage.

It is not yet known how the young man was able to buy the poison despite the fact that the public sale of it was banned by Turkey’s Ministry of Environment and Urban Planning last week.

The ministry’s move came in the aftermath of several instances of suicide by cyanide poisoning.

Under the new regulations cyanide compounds will not be put on the market for sale to the public through the Internet or in any electronic medium, and all packaging will include the phrase “For professional and industrial use only.”

For industrial use, companies will need an end-user certificate to purchase cyanide.

In November Turkey was shaken by the news of several suicides caused by the use of cyanide.