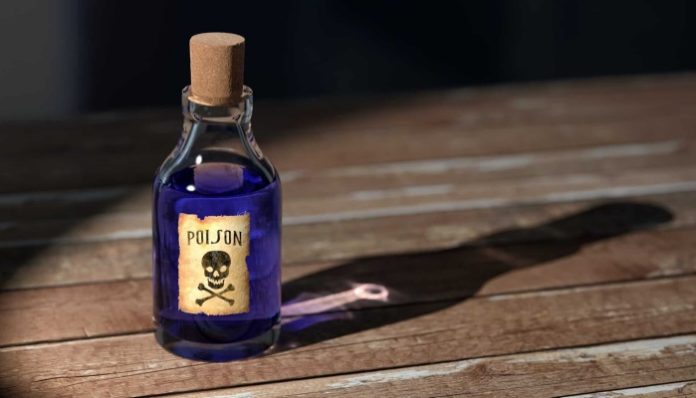 The public sale of cyanide compounds has been banned by Turkish authorities in the aftermath of several instances of suicide by cyanide poisoning, Turkish media reported.

According to a change in the regulations published in the Official Gazette on Friday, the sale of a host of substances, including hydrogen cyanide, hydrocyanic acid, calcium cyanide and cadmium cyanide, is now controlled.

Under the rules cyanide compounds will not be put on the market for sale to the public through the Internet or in any electronic medium, and all packaging will include the phrase “For professional and industrial use only.”

For industrial use, companies will need an end-user certificate to purchase cyanide.

The mandatory end-user certificates will show what company used the compound, in what amount and for what purpose and that it will not be put on the market for public sale.

In November Turkey was shaken by the news of several suicides caused by the use of cyanide.

In a similar development on Thursday 30-year-old Eren D., head of a district youth organization of the main opposition Republican People’s Party (CHP) in Antalya, was found dead in his car. He left a note on the windshield saying he had killed himself with cyanide.

Turkey, US treasury chiefs meet at Davos amid Halkbank row