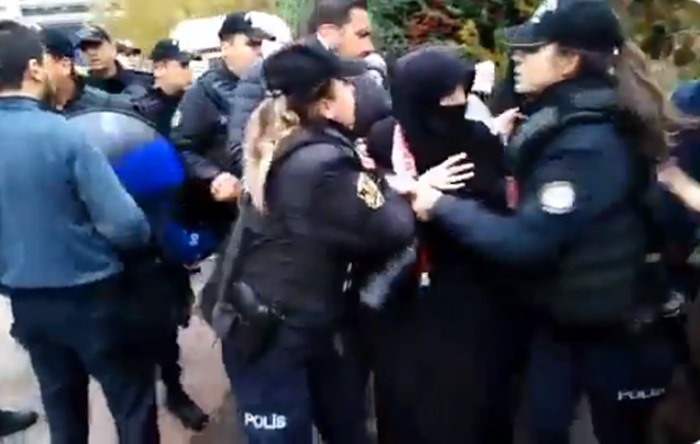 Turkish police used disproportionate force on Tuesday against members of a religious group, known as the Furkan Foundation, who had gathered in Sıhhıye Square in Ankara, demanding freedom for the group’s jailed leader, according to Turkish media reports.

Members of the Furkan Foundation, which was closed down by the government in January 2018, had gathered on the occasion of an upcoming hearing in the trial of the group’s leader, Alparslan Kuytul, who has been behind bars since January 2018.

The police asked the group’s members to take off their scarves on which was written, “Freedom to Alparslan Kuytul.” When they refused to obey, the police used disproportionate force against them and detained 50 protestors. Some of the women who were among the protestors were dragged by officers to the police vans.

The detainees were later released without any charges.

Kuytul is being tried on charges of “leading a criminal organization” that allegedly aimed to carry out activities threatening the public order. The leader of the small Islamist group is an outspoken critic of the Turkish government led by President Recep Tayyip Erdoğan and the executive presidential system in the country.