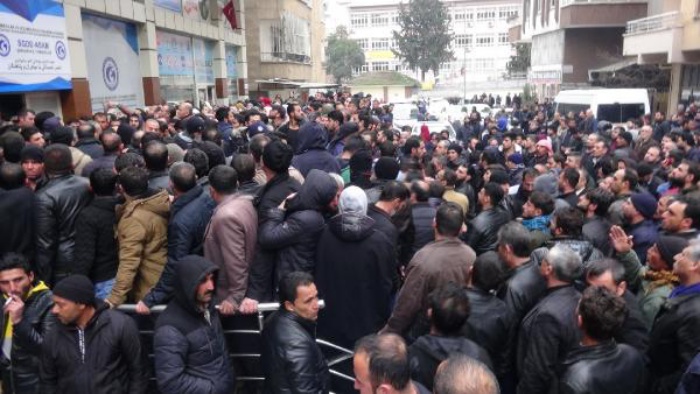 Turkey’s interior minister said on Wednesday that approximately 100,000 Syrians living without approval in İstanbul had left it since early July, when the government set a deadline for Syrians not registered in the city to depart for other provinces, Reuters reported.

As sentiment towards Syrian refugees among Turks began to sour in recent years, authorities said Syrians not registered in Turkey’s largest city should return to the provinces in which they are registered by Oct. 30, or face forced removal.

Turkey hosts some 3.6 million refugees who fled the eight-year-old civil war, more than any other country. The Syrian population in Istanbul, home to some 15 million people, had swollen to more than half a million, more than those in any other Turkish city.

Syrians registered in other cities came to Istanbul, leading to an accumulation in the city, Interior Minister Süleyman Soylu told parliament.

“Around 100,000 Syrian have returned to provinces in which they are registered since July 12,” he said, adding that a total of 200,000 migrants had left the city.

On Friday the İstanbul Governor’s Office said more than 6,000 Syrian migrants in İstanbul had been sent to temporary housing centers in other provinces since early July.

Ankara wants to settle some Syrian refugees in a swathe of land it now controls in northeast Syria, after it launched an offensive last month against the Kurdish People’s Protection Units (YPG) militia.

Turkey’s Foreign Ministry called the claims in the reports “false and imaginary.” Turkey has deported 86,625 illegal migrants so far this year, compared to 56,000 in all of 2018, Soylu said.